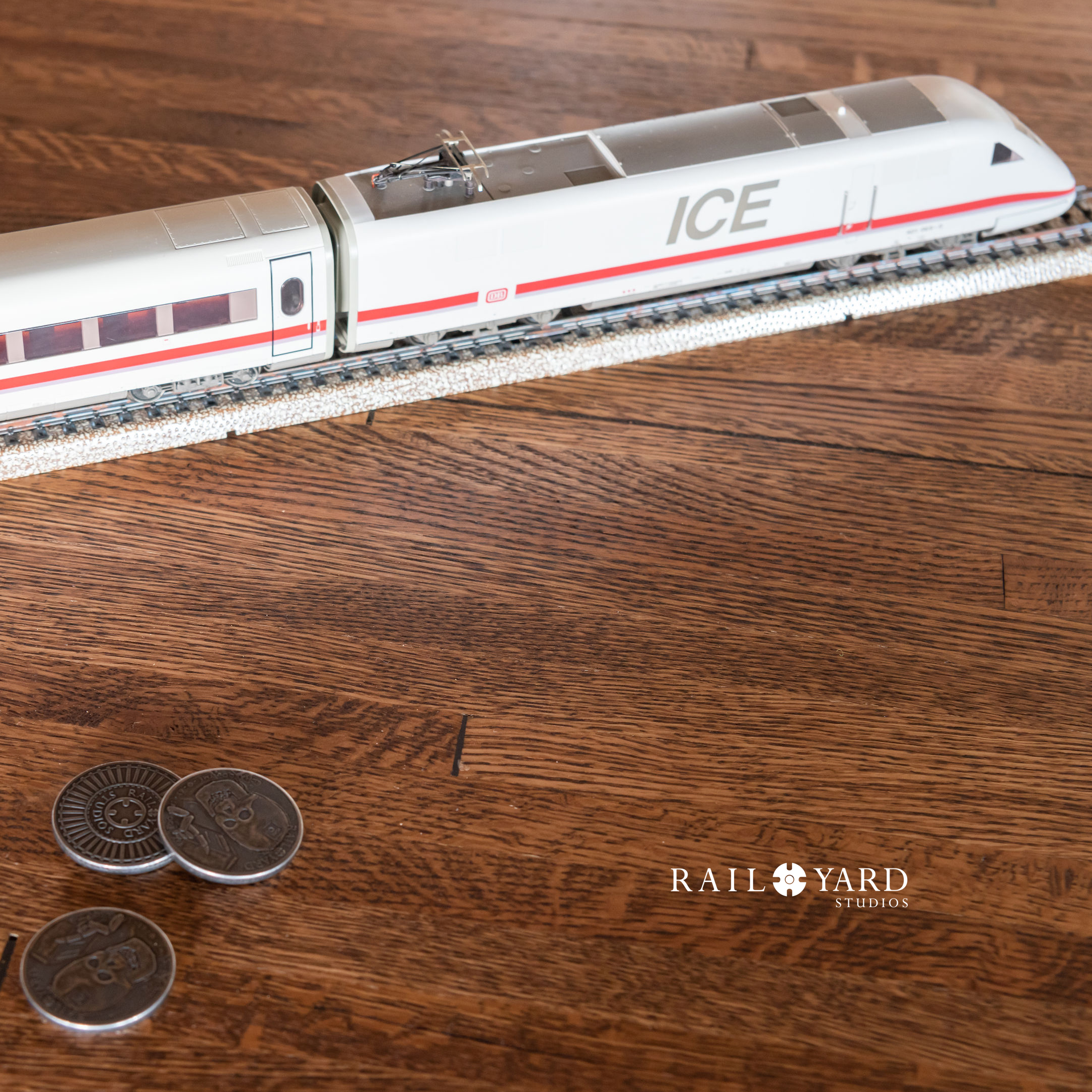 Two Sides to Every Coin

When we dropped the last blog post about our efforts to create a museum of freight graffiti, it caught peoples’ attention.

It got lots of folks excited – some in a good way, and others in a not-so-good way.

“Terrible idea to glorify vandals. Trespassers and individuals who put themselves and the safety of the operation of the railroad at risk.”

Progressive Railroading lived up to their “progressive” title and felt the urge to call us for an interview.

The issues of safety trump all when it comes to railroading, and graffiti is a safety issue.

Yet, the art of aerosol vandals remains undeniable.

“Absolutely not. 90+ % of it is pure unintelligible nonsense that only they can read.” 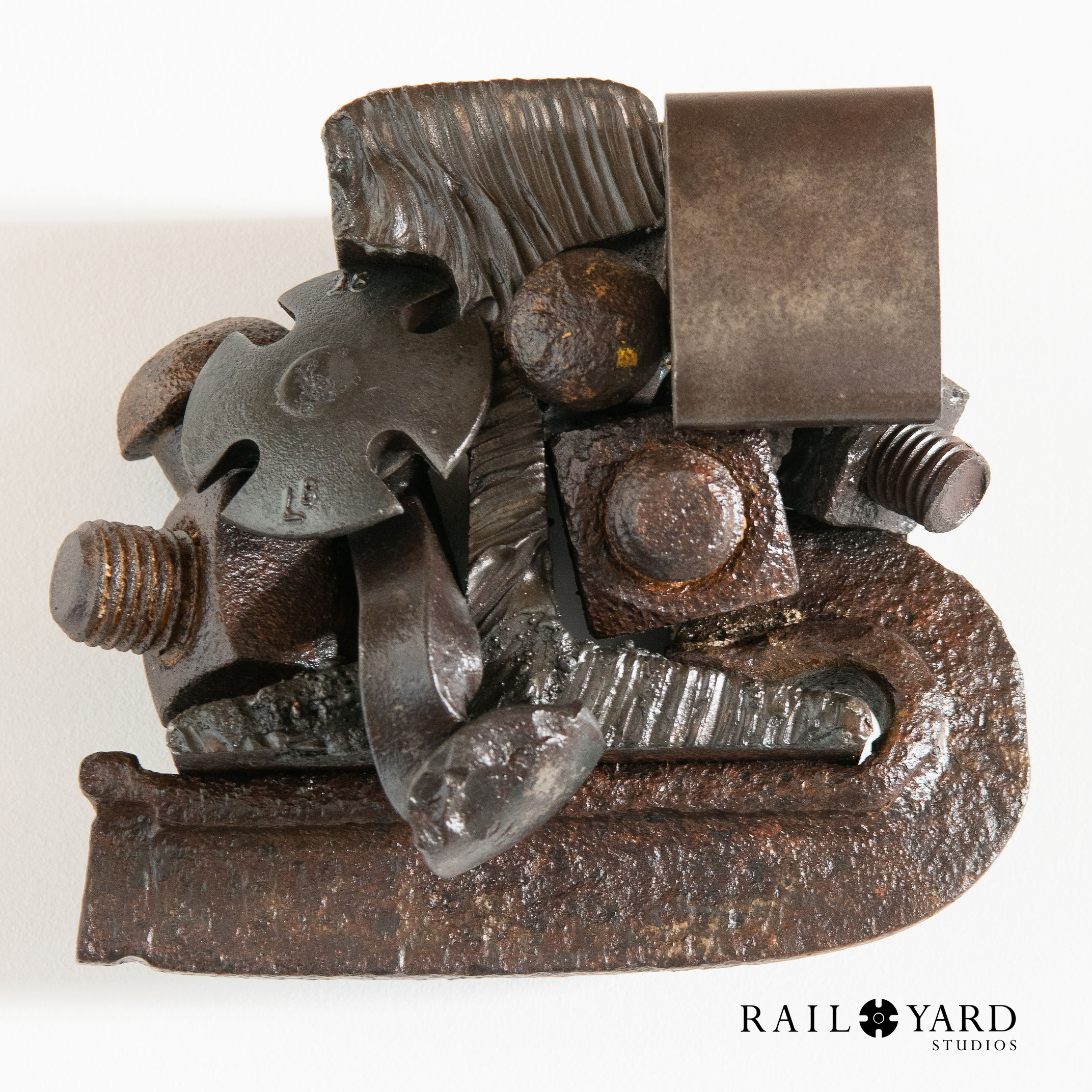 As both railroaders and artists ourselves, we see both sides of the argument.

We heard a lot from both sides after our last post.

Some of the responses were, a bit more colorful than others.

“You are a fucking ass if you think destruction of personal property belongs in a museum,”

The Oxford Dictionary defines a sub-culture as follows:

Railroaders make for a large group of powerful, hard-working, dedicated professionals, but a relatively small portion of the population as a whole.

Graffiti is a sub-culture.

The two find themselves often at odds.

Railroaders and graffiti writers are distinctly different – one steeped deeply in well-documented processes dedicated to safety and service, the other informally pursuing their artistic expression with a loosely organized mentorship.

And while they are different in many ways, the similarities may surprise. 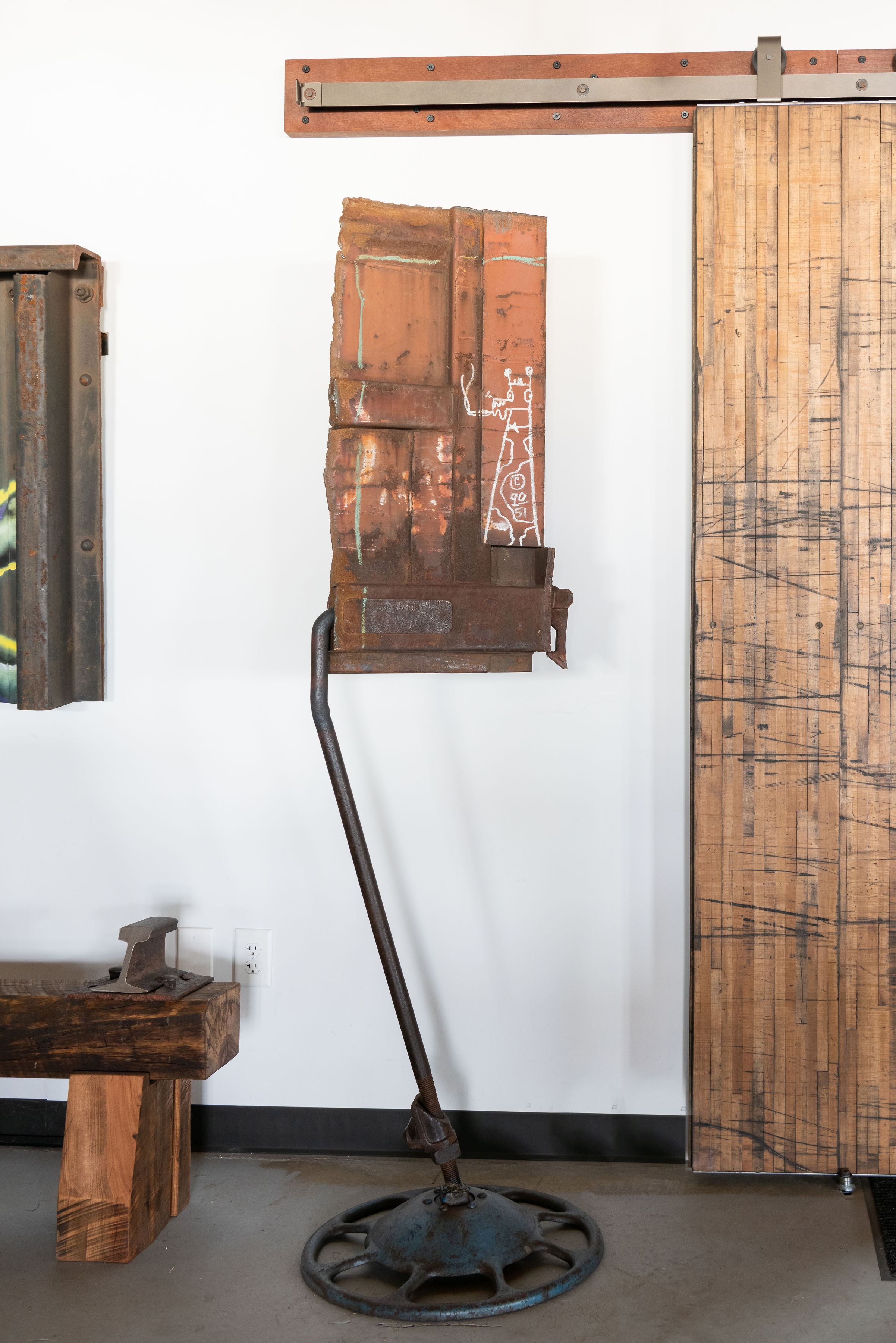 There is much about railroaders that differentiates them from “average” Americans.

For example, railroads pay into the Railroad Retirement Board (RRB) in addition to social security. The RRB predates and served as the inspiration for the creation of the social security system.

The railroads like CSX and Union Pacific have their own police forces. Most graffiti artists are well aware of this, though the average American may be surprised to learn of it.

The railroads have rules and regulations emphasizing personal safety that control the track including 704 and 707 orders – codes that few outside of the rail industry or the hardcore railfan will understand.

Railroaders even have a unique way of greeting one another.

“Have a safe day” is the accepted greeting between railroaders as opposed to the ubiquitous “Have a good day” among the general population.

For that matter, terms like ballast (the stone or rocks used in the track) and blue flag/signal (an indication that a track or rolling stock is inaccessible/inoperable) won’t fully register with outsiders.

Graffiti artists as a sub-culture share a deep connection to the railroads.

They can be well-organized and have an unwritten code of conduct to adhere to.

Writers (another term for graffiti artists) exchange information among themselves. More experienced writers will mentor “toys” (newer artists), just as railroaders may cub (mentor) a student conductor. The term“cub” comes from the concept of a mother bear “cubbing” or training her young.

Graffiti artists have their own terms. They talk of benching (watching and/or photographing graffiti-covered cars). These vandals often speak of can control (the ability to master the subtleties of a spray can and the lines they paint).

There are broad definitions of different “types” of graffiti.

A streak is a small single color spray paint or oil bar.

A throwie is a simple two-color set of letters with one color for fill and one for outline.

A masterpiece is a large and elaborate multicolor piece.

Crews – a group of roadway workers is often referred to as a crew. Graffiti writers run in crews as well. And funny enough, reference to rail gangs is fairly common when referring to groups of Maintenance of Way workers, but graffiti writers rarely refer to their gaggle of friends as gangs.

In fact, it is a common misconception that freight graffiti is associated with “gangs” in the sense of an organized crime syndicate. While they are organized, for the most part, their crimes are limited to those founded in artistic expression.

Rail Fans – railroaders tend to be big rail fans – among the biggest. Graffiti artists are HUGE railfans! They know schedules, process and procedure of the tracks and are well-informed about railroading.

We know. We’ve met them. 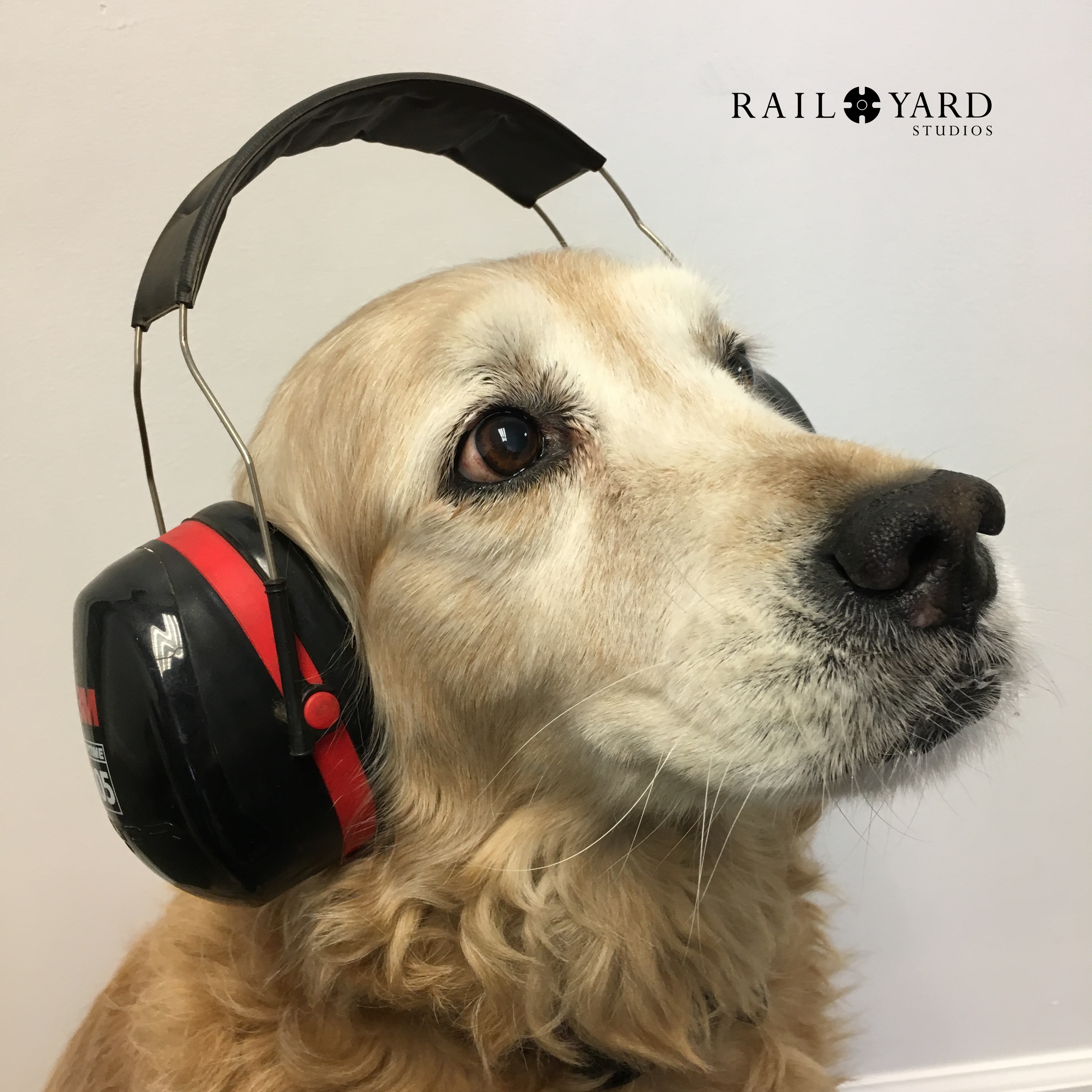 Make no mistake about it, railroaders are well-informed about their profession. Their safety skills re well-honed.

Graffiti artists are likewise well-informed about the railroad. Not to rival the training of a seasoned railroader, but these vandals are aware and are hyper-alert when around the tracks – perhaps even more so than railroaders who may become complacent around tracks with their constant exposure to the environment.

Railroaders in general remain uninformed and dismissive of the graffiti culture beyond what they see on the trains.

Understandably, that unfamiliarity makes railroaders ill at ease with graffiti.

It’s hard to counter something you don’t know.

In talking with a paint supplier some years back, I mentioned the graffiti harvesting project in its infancy.

“I fucking hate graffiti” he said to me.

I explained to him that graffiti writers informally discuss the various types of paint available on the market – which brands cover well, which colors match up best or are most consistent. Writers talk about how paint doesn’t dry on a cold car and tends to run while it dries almost instantly on a hot car. They talk about the tooth of the surface of the cars, its ability to accept paint, and their preference for different types of cars and colors to paint on.

He was fascinated to learn that they were dealing with some of the very same issues he dealt with on a daily basis.

The dislike of graffiti from the railroaders is understandable. Safety stands top of the list. The loss of revenue from cars unable to operate for a lack of legible reporting ID stings. The willingness of someone to “piss someone else’s property” (per one comment) irks those who own the cars.

“Count me as one who prefers it go away.”

It’s hard for railroaders to understand graffiti writers and their motivation.

Personally, I never wrote on a desk in school. I can’t imagine painting the side of a building, a billboard or much less the side of a freight train.

Remember, some of these graffiti artists are railroaders themselves.

“This is so awesome Robert! Nice work. Very cool to see those huge panels up on the wall.”

And while to many a railroader there may be nothing more beautiful than a freshly painted livery (I’ve heard that from many a railroader), perhaps there’s a message coming from the rest of the community.

A graff writer sees these massive industrial Soviet-era looking rusted boxes rolling through the worst part of town as a blight on the landscape of their city.

Their reaction is to paint them to make them look more interesting. 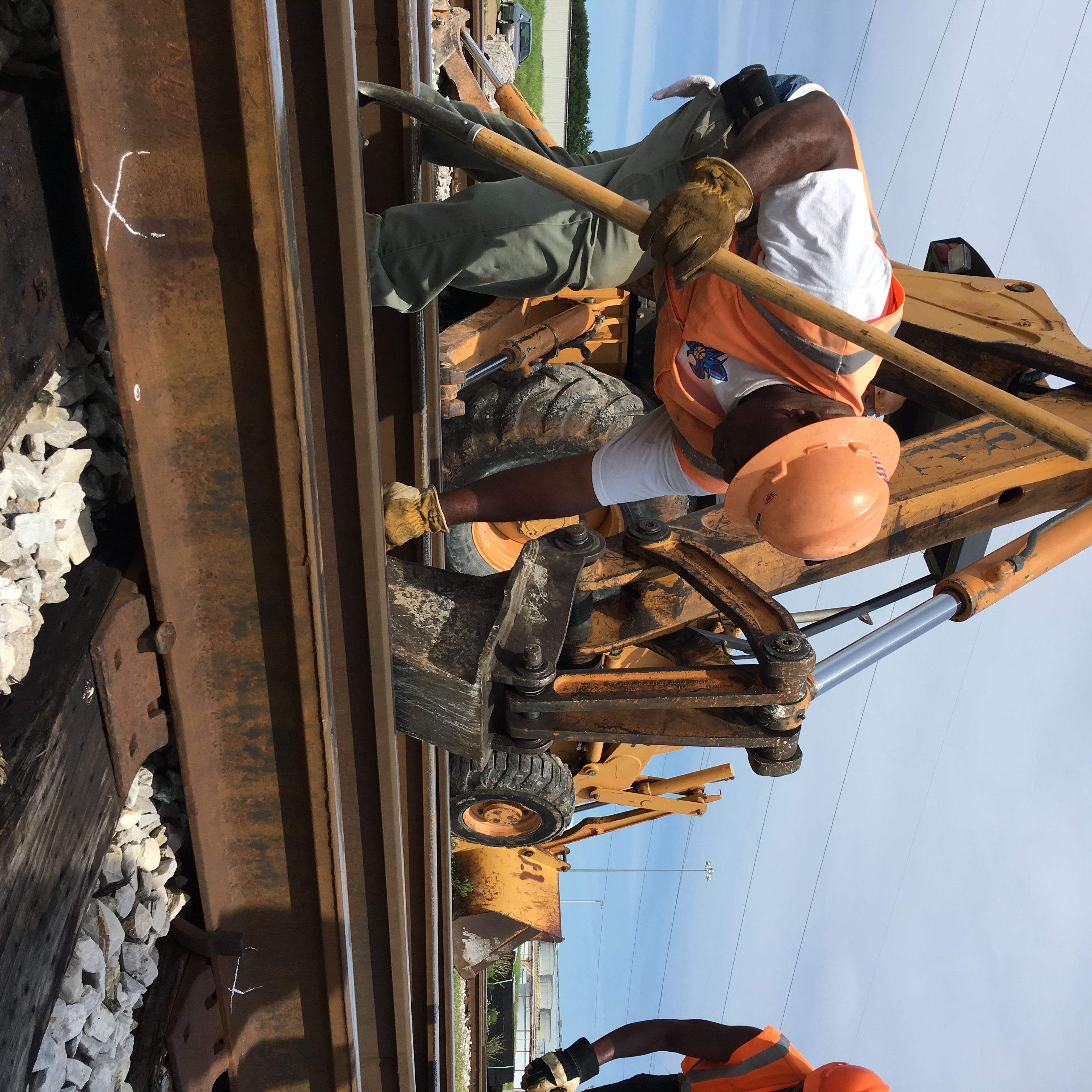 Graffiti flies in the face of safety.

Yet, graffiti serves as a reminder.

The railroad industry (our company included) dedicates a great deal of effort to safety in the form of training and preparation to make sure our people stay safe out on the rails.

We all annually retrain on safety.

There are constant reminders in the form of Safety First catch phrases and the hi-viz clothing to which we have all become so accustomed.

So if you’re a railroader hate on, but be better informed.

Let the graffiti remind you of that.

Let it remind you that massive yards of cars are left unattended for days, weeks, months on end.

Let it remind you that despite all of the safety training and preparation, something can still slip through the cracks.

Let it prompt you to be vigilant and keep safety front of mind.

Every time you see those brightly painted boxcars rolling past your station, know that there is still something else we can do to be safer on the rails.