Oil bar in hand, he is also among the more active of the streak writers.

A “streak” refers to the smaller and less visible single-color monikers on freight trains – pieces that often accompany, but are eclipsed by larger spray-painted works.

The “Circle T” and “YME” of the two crews complete this effort such that this narrow strip of steel captures each standard feature of a full ICHABOD piece individually broken out into different elements in a compact format.

Nearing the end of his residency with us in 2021, ICH hand-created “Test Strip” in preparation for what would become a work titled simply “49”. He had various ideas to try before diving in, and he used “Test Strip” to trial some of those techniques.

The result mixes the media of oil bar with a section in black paint-pen, creating the negative space against which he shaded in the skull using white oil bar.

The straight-on view of the skull is a departure from his usual angled view seen in larger spray-painted pieces. The 3D effect on the “YME” and “Circle T” logos offers a rare embellishment of the crew identities.

In the field, the logos are mostly two dimensional and in a single color. Given more time to play with new things in the studio, he took the opportunity to expand on the identities with which he holds his longest standing affiliation.

Completed on a section of scrap steel from a railcar, this section has a slight curve that gives it a bit of depth off of the wall, adding to the 3D effect.

We mounted it using railroad spike heads to connect the finished product with its origins.

How Do We Work with Graffiti Artists?

We “harvest” original pieces of graffiti from railcars as they are retired. Ultimately those pieces will become a part of a museum we are slowly working toward.

For the works available for sale through Rail Yard Studios, we collaborate with graffiti artists to produce original works. We tend toward “harvested” artists.

As interesting pieces of railcar scrap pass through our hands, we create steel canvases from them. We determine a means to mount them, and we present them to the artist. They take that canvas and bring their vision to it to create what they see. 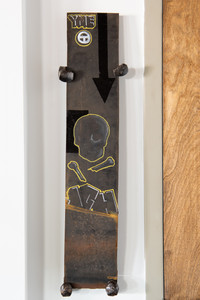 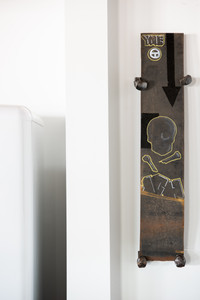 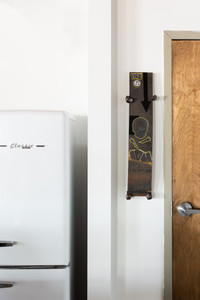 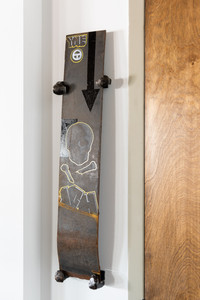 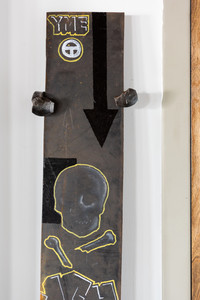