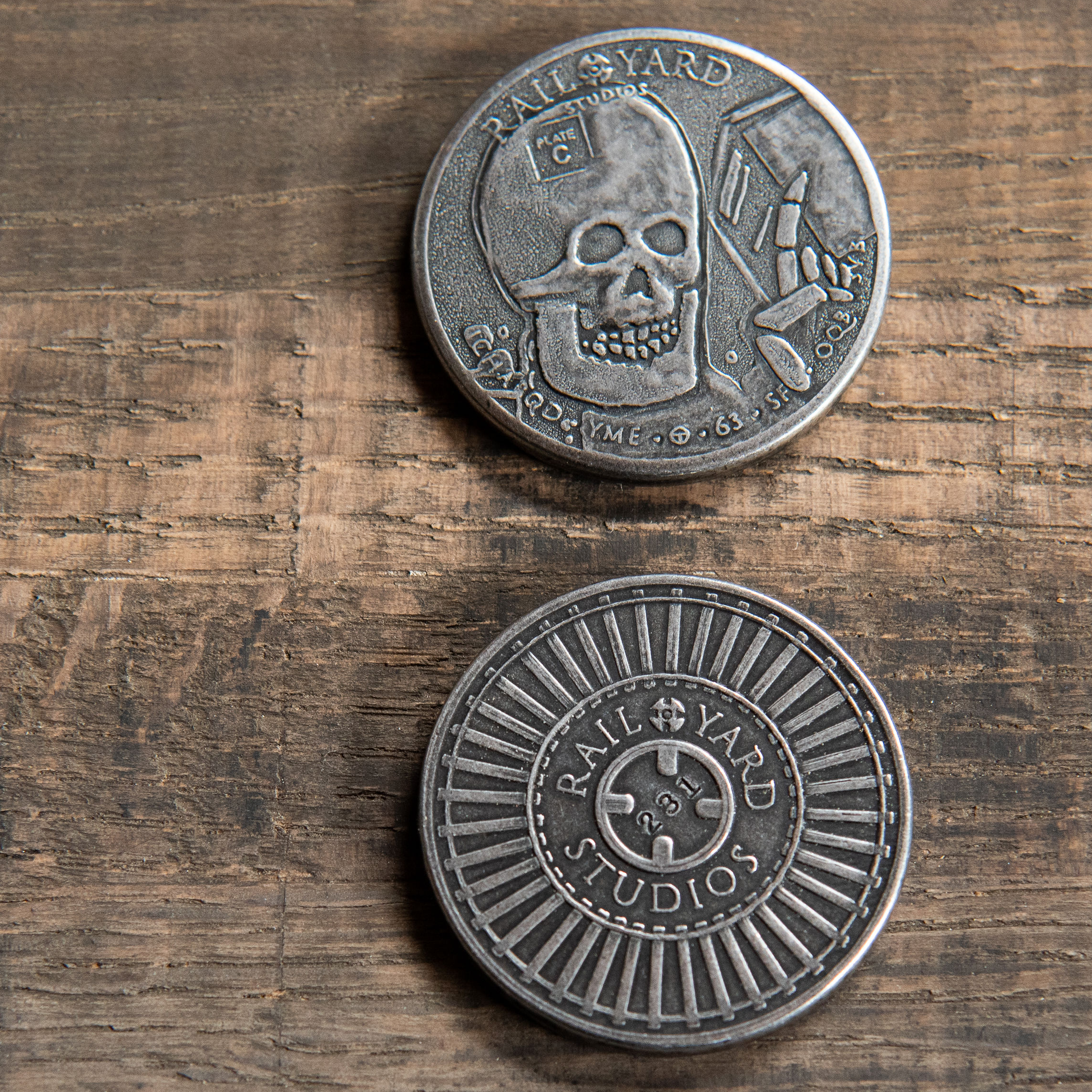 Struck in collaboration with infamous freight graffiti artist, ICHABOD, the ICHABOD BM 3375 Coin features his iconic skull on the obverse (heads) side of the coin as it appeared on a Pan Am livery boxcar, reporting mark BM 3375.

The coins are 1.19” diameters in blackened steel.

Details on the offering are at the end of this article.

The minting is a limited edition run of 250 pieces in blackened iron individually numbered 000 through 249.

The selection of a Boston & Maine heritage car made a fitting choice given the artist’s affiliation with the Circle T and YME crews hailing from the respective Boston and Maine areas.

We wanted to make the coin widely available to fans of the Rail God while making them exclusively interesting, so we have set different levels and perks associated with the numbering in the sequence.

Details on the offering and availability are at the end of this article. 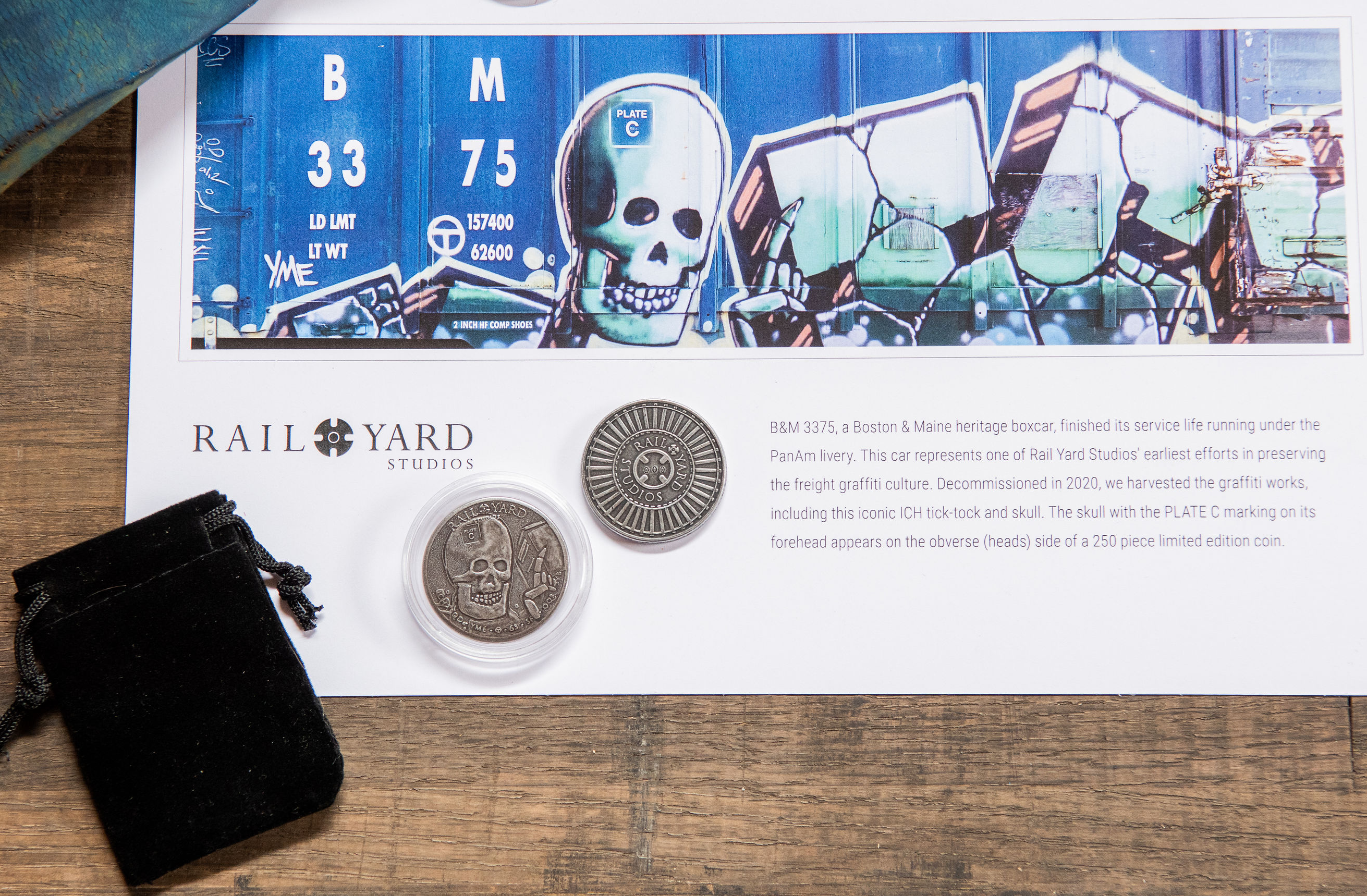 One of the most prolific and most recognized freight graffiti artists today, yet also one of the most elusive and mysterious, ICHABOD enjoys a legendary reputation among graffiti writers. He counts over 5,500 cars to his name as of the minting of this coin. Writing ICH, ICH!, ICHABOD and the occasional ICHOR, his most iconic compositions incorporate highly recognizable Helvetica-style tick-tock letters accompanied by the image of a skull as on BM 3375.

While Circle T and YME represent the most widely known crews affiliated with ICHABOD, the coin also shouts out other ICH-affiliated crews including 63, SFL, OQB and 3YB.

Like ICHABOD, we share a deep appreciate for the history of all things railroad. As part of our mission to preserve railroad history, we collect graffiti from decommissioned railcars with the intention of creating a museum for freight graffiti. BM 3375 represents one of our early preservation efforts. 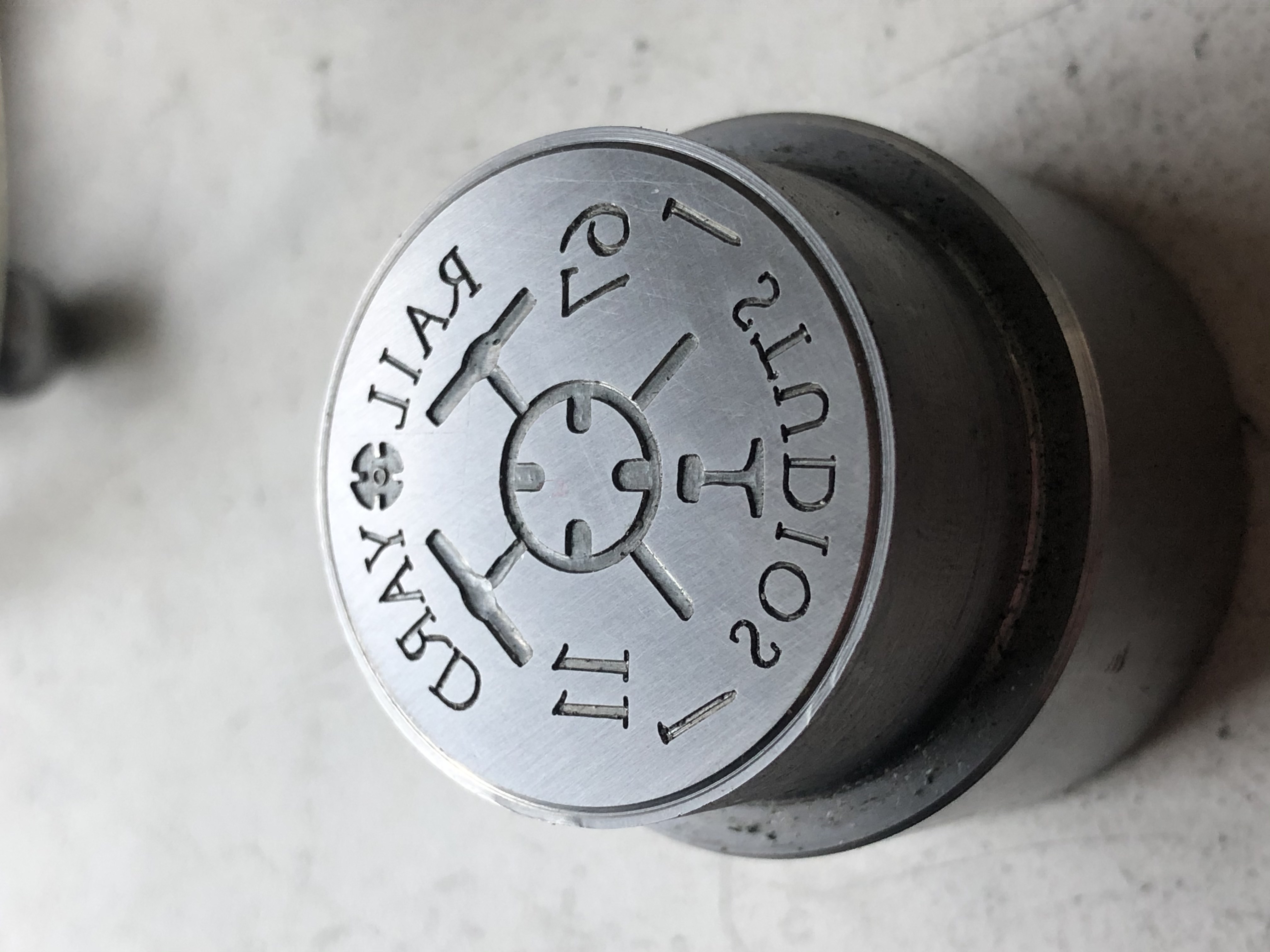 In the interest of offering the highest quality coin possible, we partnered with Shire Post Mint. Crafted entirely by hand, their work maintains an old world look and feel on par with the high-quality fantasy coins they craft in connection with Game of Thrones and J. R. R. Tolkien.

Who Gets the Money

ICHABOD will be the beneficiary.

Rail Yard Studios has put a great deal of time and effort into the harvesting and preservation of this piece which we can likely never recoup, and ICHABOD has been very supportive of our efforts toward a planned freight graffiti museum.

Read Carefully as different batches of numbers come with different perks and incentives!

and preserving the panel, we chose to remove a ladder rung that sticks out off the end of the piece, and it is from that section of the car that these chunks of steel come.

Only coins 000 through 100 will include certificates signed with ICHABOD’s hand style.

All coins are 1.19” diameter and are tumbled to give them each a uniquely worn look and feel.