The pandemic headlines tie New York, Philadelphia,Atlanta, Chicago, Houston, and New Orleans together, and we're cheering for them to "flatten the curve." These are all great cities with a strong legacy of historic preservation when it comes to the railroad, so they have a special spot in our hearts.

Here's a brief history of the railroad since 1918. We're hitting the highlights of life-altering events like war and major economic shifts to understand how those events flattened the curve of the railroad and its number of miles.

At the time of the Pandemic of 1918, there were 402,343 miles railroad of track in the United States. Since then, we’ve renovated, remodeled and redeveloped the architectural wonder that is the American railroad to its current 160,000+ miles.

A lot has happened along the way.

The number of track miles continued to increase from 1918 on through the Roaring Twenties as the economy thrived and the Industrial Age took fueled expansive growth.

In 1929, the railroad reached it peak in terms of track miles at 429,054. Of course, that October would bring the stock market crash and the Great Depression that drove rail from its all-time high.

Like nearly every industry, railroads suffered in the The Great Depression. The number of track miles continued a steady decline for the next decade. While The New Deal built bridges, roadways and dams, it did little to stem the loss of railway lines. 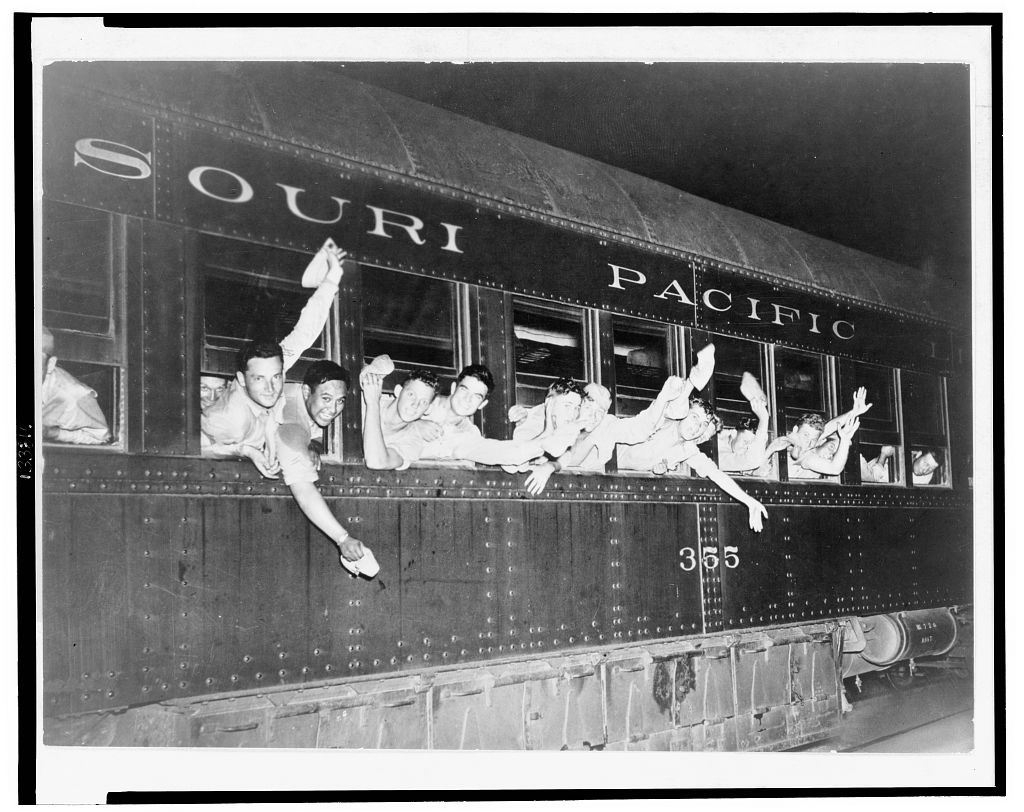 In the 1940s, the railroad played a tremendous role in supporting the war effort. Railways transported soldiers as well as raw materials, and finished armaments for both the European and Pacific efforts that would be instrumental in turning the tide.

Track miles stayed fairly stable through the length of the battles, but as conflict came to a close, industry changed. Business sought out a new normal, and so did the railroad.

The railroad began to consume itself literally rolling up track behind itself and scrapping the steel as it abandoned lines to fuel a new economic boom.

War left a large number of airplanes and airfields that were repurposed to commercial use. Air travel took flight as a new and glamorous mode of transportation. It offered a speedier alternative to the leisurely comfort of rail, and would continue to erode the railroad market share of commuter travel over the decades to come. 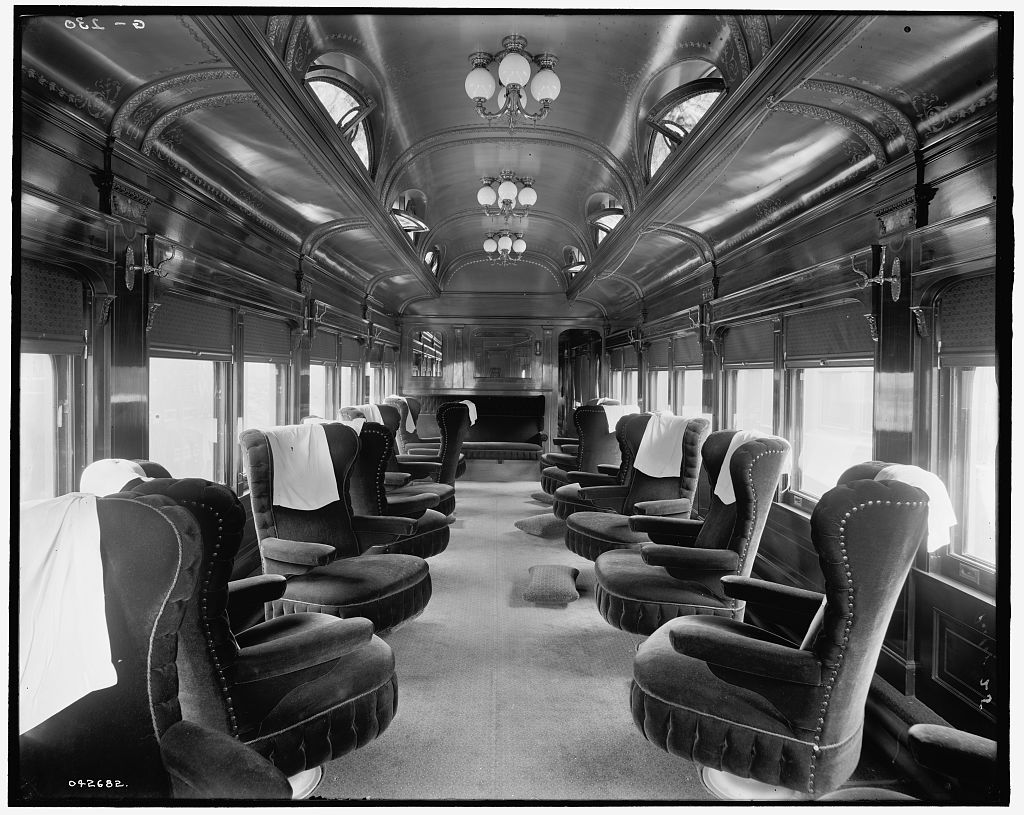 By the 1950s, Consumerism took hold and the American Dream began to take shape. It looked like a new home with fresh appliances and a car in the driveway.

The American public moved more independently with its automobiles. City streetcars, trolleys and trams disappeared. Rail travel began to lose its grip on the American public and became a more nostalgic element left to the likes of songwriters and novelists.

A few large metropolitan cities with subway systems like New York, Chicago, Boston and Philadelphia retained commuter rail services. But outside of major US cities, the familiar sight of tracks embedded in the roadway would become something we had to travel to Europe to experience. 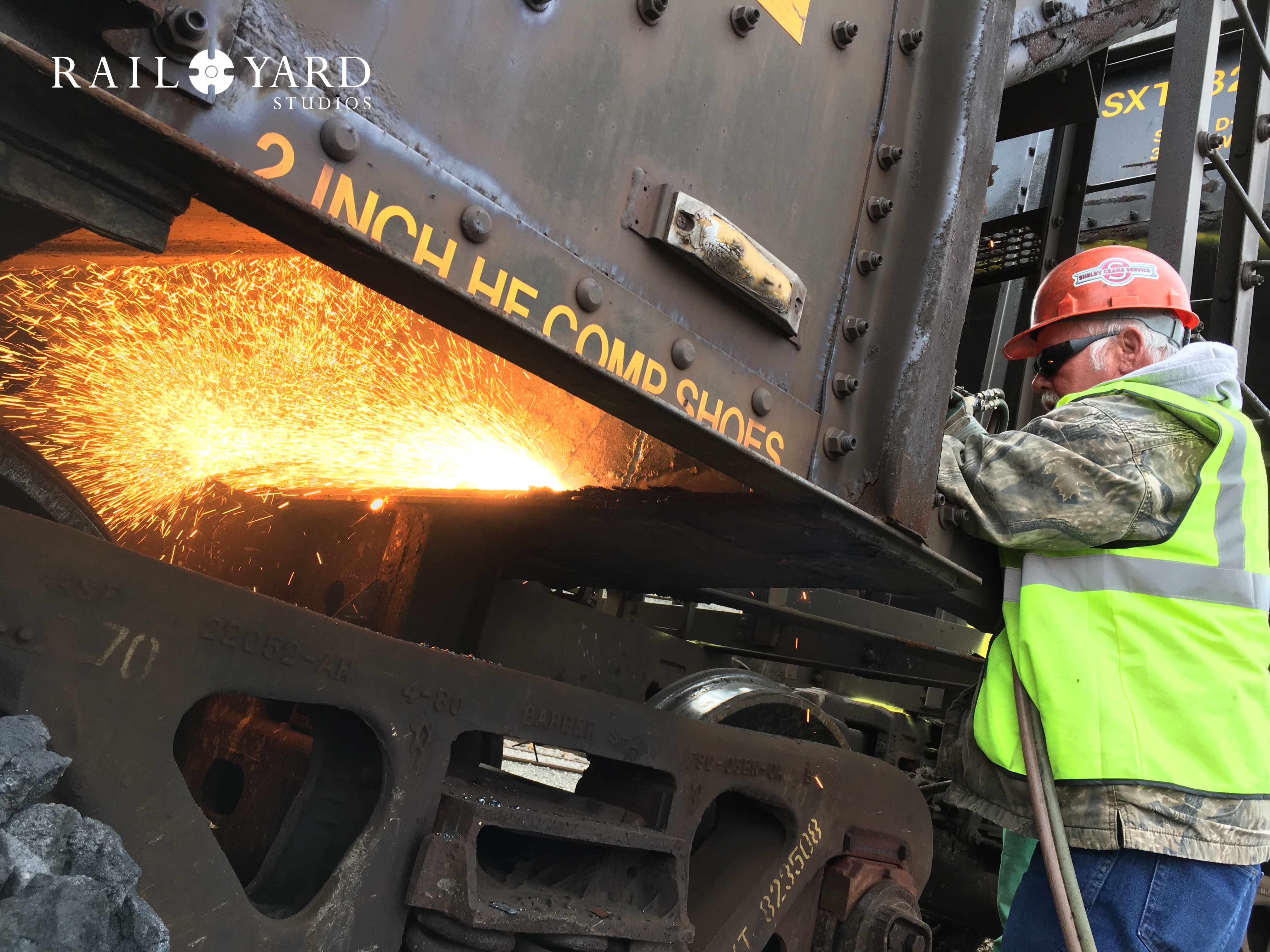 In the 1970’s, with the deregulation of railroad came the emergence of trucking. Railroad gave up market share hand over fist to the new more logistically flexible trucking industry. Simply stated, they went where rail did not, and they went where rail did, too giving them an advantage ver the iron horse that had built the country only decades before.

The rapid decline left the railroad searching yet again for a new normal.

Businesses continued to abandoned rail lines to redevelopment. Some were redesigned into greenways and parks with others repurposed into commercial office parks and new homes. 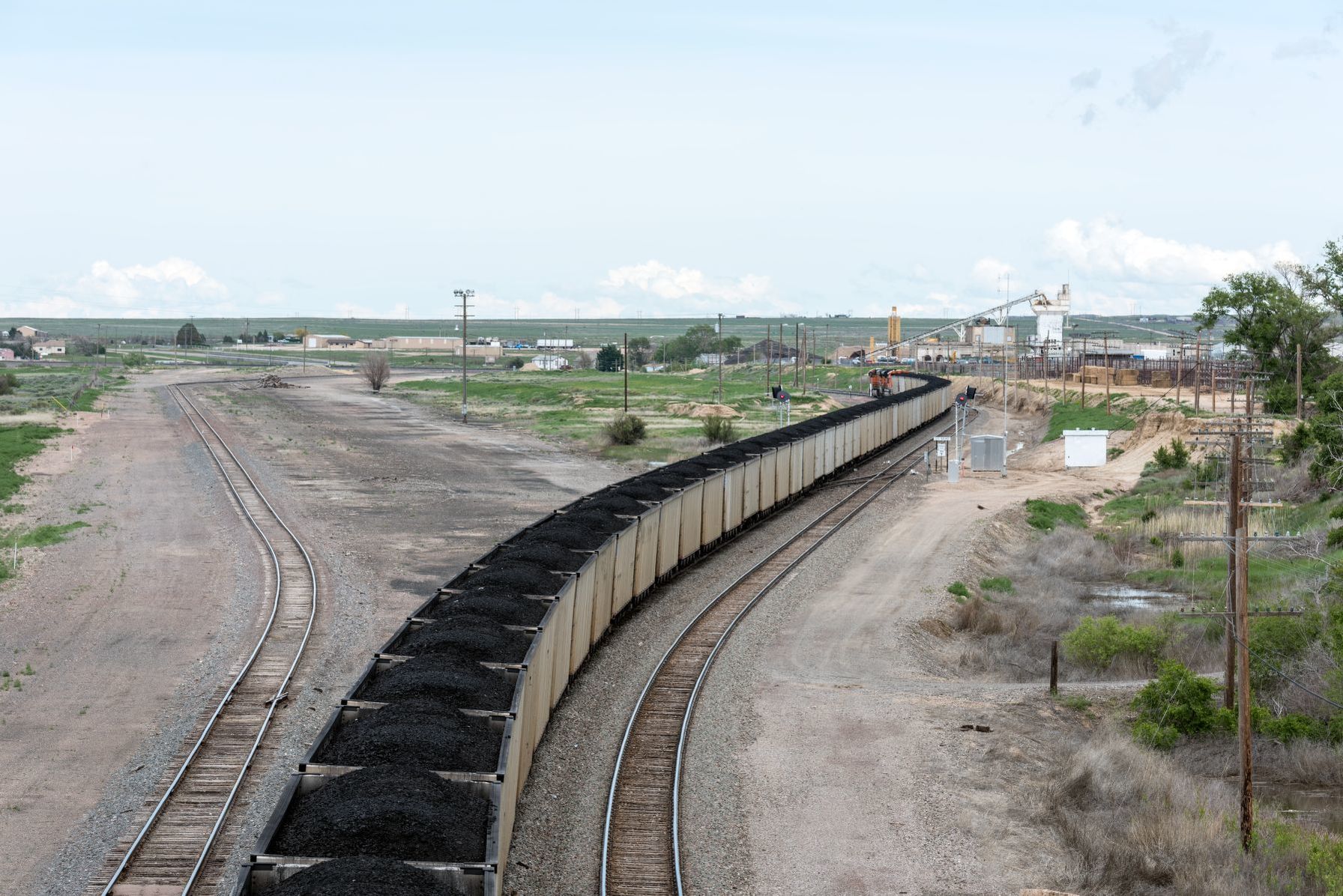 Railroads, best suited to moving raw materials like stone, grain and coal faced a new challenge in the 2000s. As power plants moved away from coal-fired solutions, railroads saw a huge portion of the revenues disappear. Exports of coal kept the industry from complete collapse, but even that fell off.

Ethanol offered a fleeting glimmer of hope as a partial replacement before that portion of the market evaporated with more oil being obtained through fracking and other methods.

Again seeking the new normal, railroads began transporting the sand using in fracking and yet again found a way to persevere in the face of adversity.

Gone are the days of passenger travel as a viable source of revenue for the rail industry. Amtrak and other local and regional rail transit systems are heavily underwritten by federal, local and regional governments. The revenue per person simply does not compete with the dollars per ton for moving freight.

However, the railroad still moves bulk items. At a high level, the viable industry segments are:

In an ironic twist, the railroad also plays a big role in moving automobiles - the primary culprit for its loss of the commuter rail market. 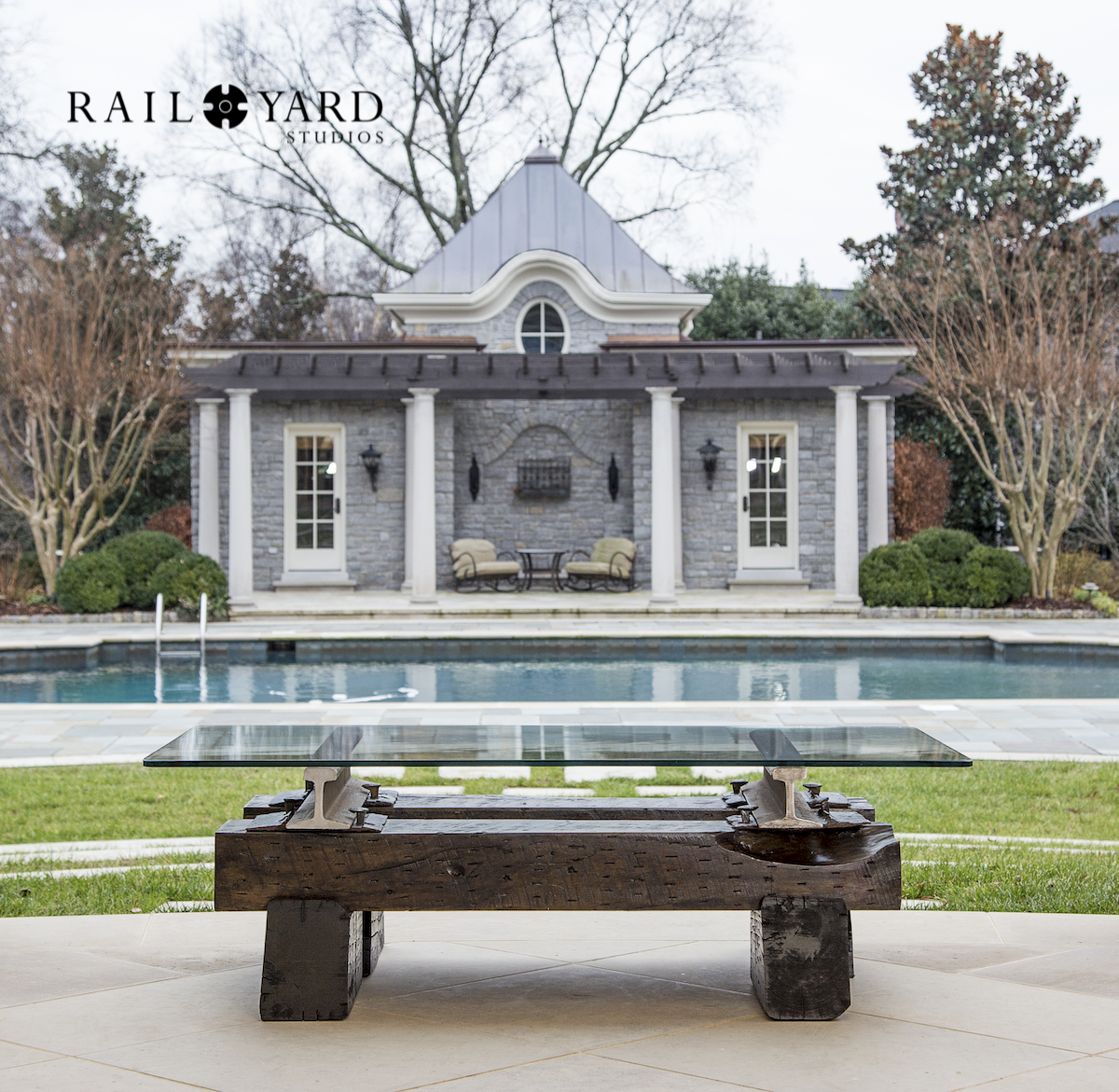 You don't know what you've got until it's gone, or in the case of the railroad, until it's nearly gone.

Amazing efforts like that of The High Line in New York and the Rail Park in Philadelphia protected some of the endangered the architectural wonder that is the American railroad.

Through The High Line Networkthose efforts continue in other cities like Atlanta, Chicago, Houston, and New Orleans just to name a few. However, in many other locations, history got lost to the ages and very little got repurposed.

2020 brings yet another one of those epic worldwide shifts. Some things will be lost, while others will be preserved.

Whether crafting a coffee table or a wine cellar, we make it a point to preserve vintage steel artifacts from steel rails down to the common cut spike and the oh, so intriguing date nails.