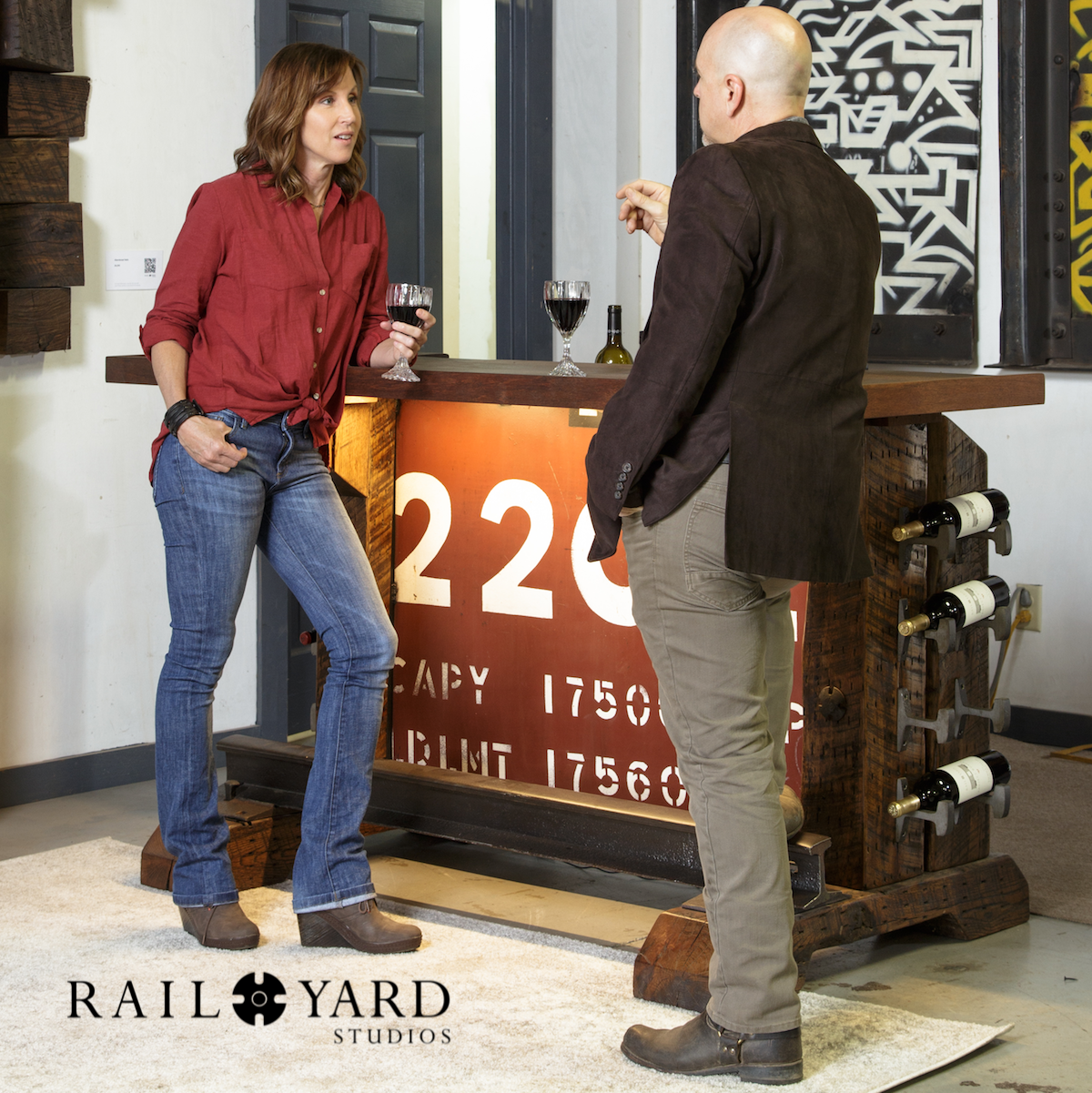 On the railroad, engineers, conductors, brakemen and carmen all speak a fluent secret language they share with the railcars themselves. Arranged amongst the bright Hi-Viz colors punctuated by rusted stains of decaying steel, a series of cryptic markings keeps railroaders informed and sets standards for these relics from the Industrial Age. It’s an abbreviated form of communication, short on, but not completely devoid of, vowels.

The truly fluent speakers of this arcane language will be in attendance next week at RSI Expo where you’ll find us playing ping pong in an attempt to disguise our own shortcomings in the language. 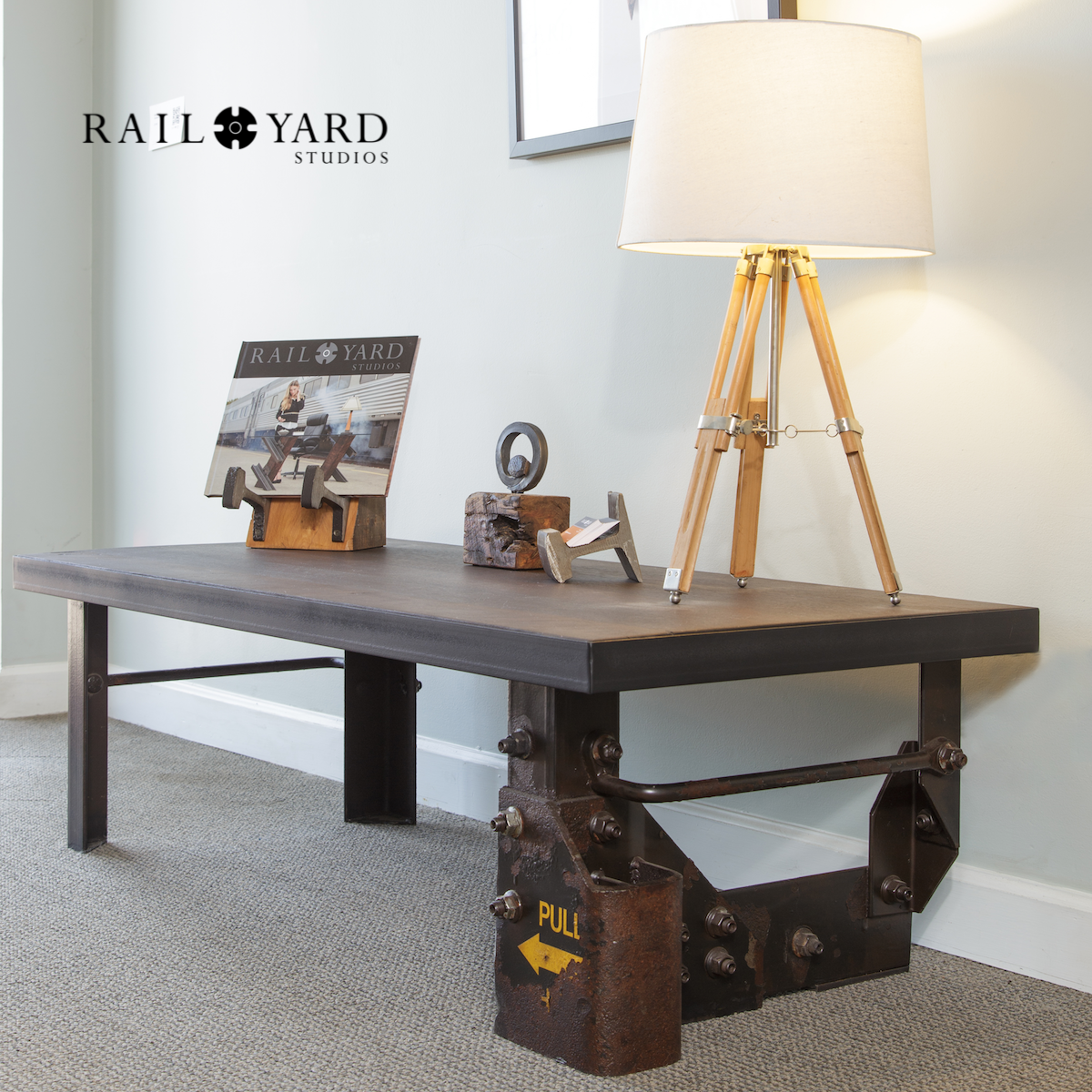 The colorful railcars and engines are a distraction or rather an attempt to garner attention like a male peacock on display – difficult to ignore. That’s more for safety than it is for show and branding. Sure, they want you to know they are their equipment, but more importantly, they don’t want you to be able to ignore it for yours and their safety.

The livery is the logo and paint scheme for a car. Most railroaders can identify the car owner simply based on the colors and paint scheme. Each railcar fleet owner has its own graphics. Locomotives are distinct from other rolling stock, but even a boxcar compared with an open hopper requires the adaptation of the paint scheme and layout to make it work.

The livery includes the logo that identifies its owner, or at the very least, one of its previous owners. Owners may change, but the livery often lives on long after an owner has sold their fleet. Graphic standards change over the years as well. Since rail cars run for 40 years or more, the chances are, the livery will change at some point during a car’s lifetime. 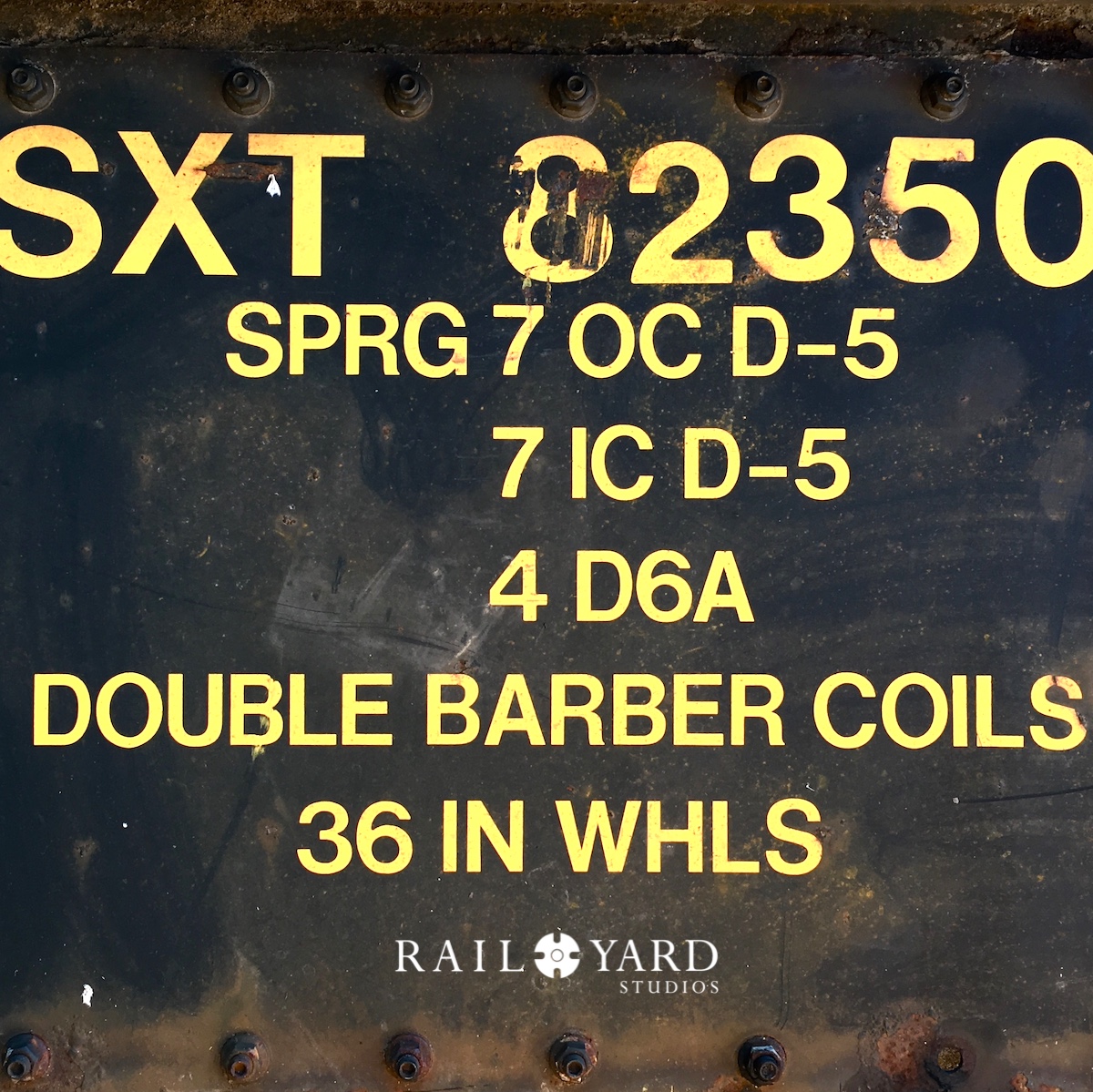 Other than the logo, reporting marks tend to be the largest letters and words on a car. Reporting marks represent a unique identifier for each railcar. Think of it like a username for the car – no two are alike.

The letters identify the rail car owner. UP stands for Union Pacific, while BNSF stands for Burlington Northern & Santa Fe. There are over 3,400 car owners in North America with their own unique letter combination to start off the reporting mark. While most owner IDs are 4 letters, some 3 and even 2 letter IDs do still exist.

The number following the letters is simply a serialized number assigned to the car. Most don’t start at 1, but have a predefined series that they work in. For example, within a fleet owned by company ABC they may set aside the 1000 series for open hoppers and the 2000 series for steel gondolas and so on.

While the large letters on the sides facing out from the track are the most noticeable, the reporting mark is secretly tucked away in numerous places on a rail car.

For folks working on the trains, it may not be easy to get a look at the big reporting mark if there are close clearances or if they have come up on the car from the end of the track. Imagine being in a spot with an adjacent track and having to step onto that track in order to view the car ID.

The reporting mark appears on the ends of the car, not just the sides. 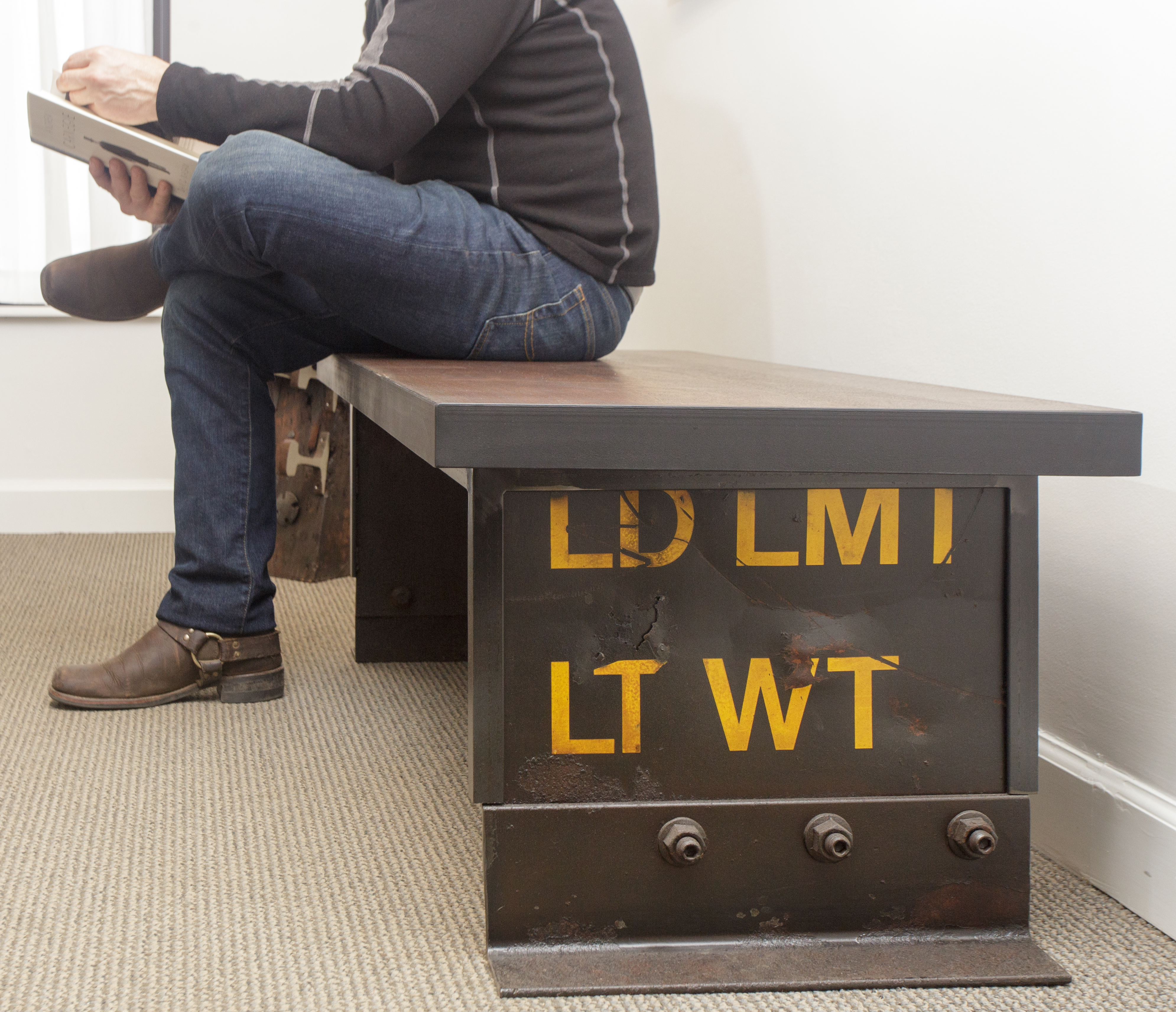 Most fleet owners stencil the reporting mark onto the trucks (the wheel sets) of each car. Doing so serves a few purposes. Of course, it makes close clearance identification much easier. But also, trucks are fairly simple to change out on a car. A damaged set of trucks can be readily replaced (like a bad tire on an automobile) and it rolls on. For accountability, that stenciled reporting mark on the trucks can be important in a major derailment. Investigators would be more readily able to identify what parts go with what cars should that information be relevant in determining the cause of the accident.

Railcars get sold – just like used cars do. Sometimes the whole fleet gets sold from one holder to another. Typically, the original running marks stay in circulation.

For example, CSX still operates some of the old NYC (New York Central) reporting marks. Some of those cars run the old NYC livery colors and some run the newer CSX colors. Other times a railroad will integrate a fleet in and provide a new reporting mark within their fleet, but that means administrative paperwork and painting which can take a car out of service until the work is done. In an effort to be more cost-effective, most railroads opt to continue to operate under original livery and original reporting marks until push comes to shove. 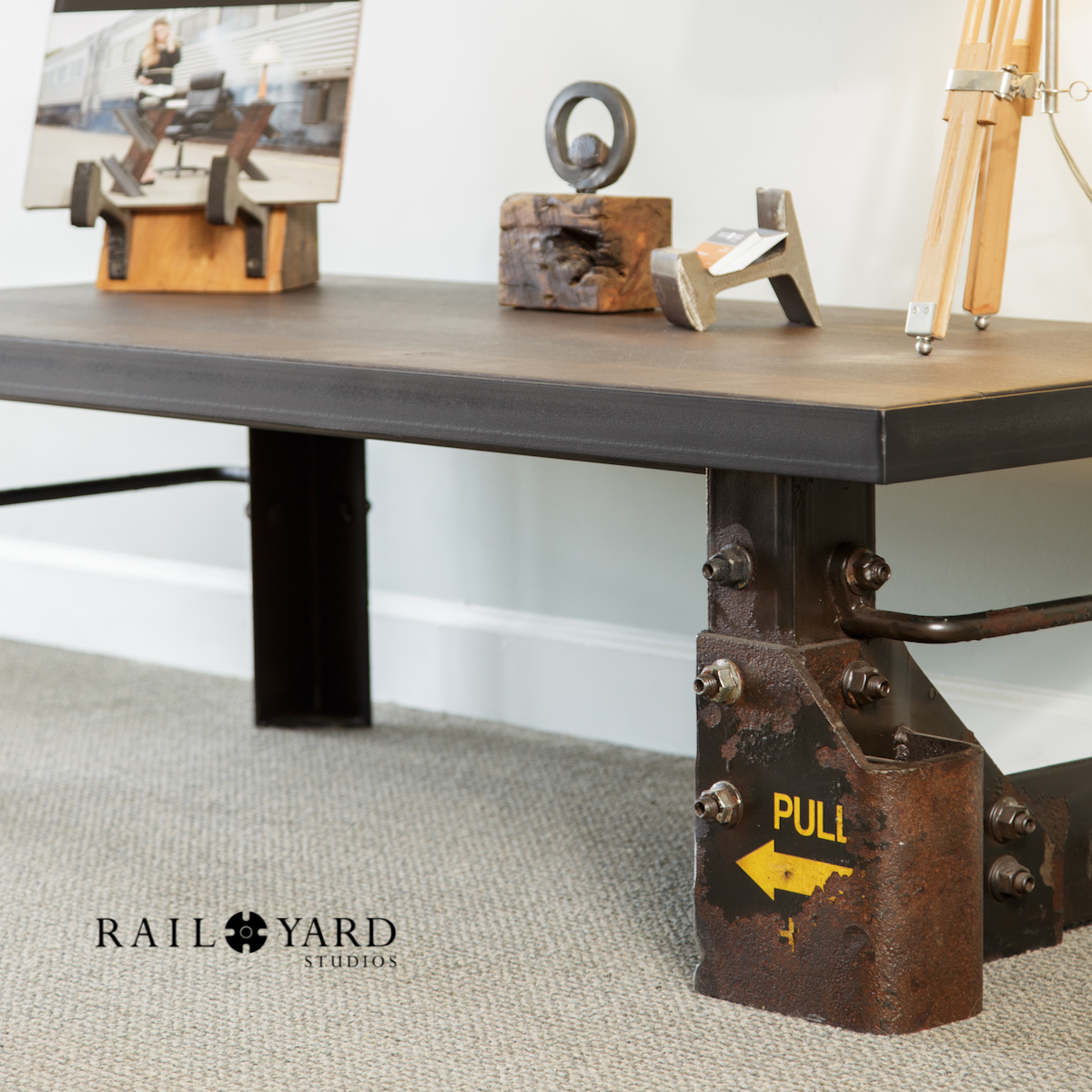 You should never ask a girl her weight, but you can usually guess within a few pounds. On the railroad, there’s no guessing required, but you do have to be accurate within 200 pounds which is more leeway than you will get from your significant other.

LT WT means Light Weight - the unloaded weight of the car. Weights vary depending on the type of car, but a 50,000 LT WT represents a fairly average LT WT for an open hopper. Regulations require car owners to periodically recertify the weight of the car, and the figure recorded has to be within 200 pounds of the actual weight. Physical changes like modifications to the car, damage or stuck material could cause the LT WT to vary.

The Load Limit is the maximum allowable weight of the car when loaded. It’s the figure not to be exceeded – kind of like that weight limit we all ignore in the elevator. An open hopper may have a LD LMT of 250,000 to 350,000 pounds. Note that the LD LMT is the weight of the goods being moved, not the total weight of a fully laden car.

This marks an important distinction, so let’s be sure we get this clear.

For example, when a fully laden car is rolled onto the scales, the figure not to exceed is the sum of the LT WT and the LD LMT combined – the weight of the empty car plus the weight of the cargo it is certified to transport.

This marking identifies the size and composition of the brake shoes on a car. Rather than having to peer under the car and look to see, the marking makes it easier for carmen to identify the components required.

The number tells the width of the brake shoe for the car. Brake shoes run in half inch increments from 1-1/2” up to 3.” You’re not supposed to mix and match different size shoes since it can affect the braking performance of a car because the prospect of uneven braking on a fully loaded 350,000 steel beast is particularly horrifying.

The HF stands for High Friction Composition materials meaning that the brake shoes on this car are not made from cast iron. Older model cars used cast iron brakes, but those are fairly rare among fleets these days. 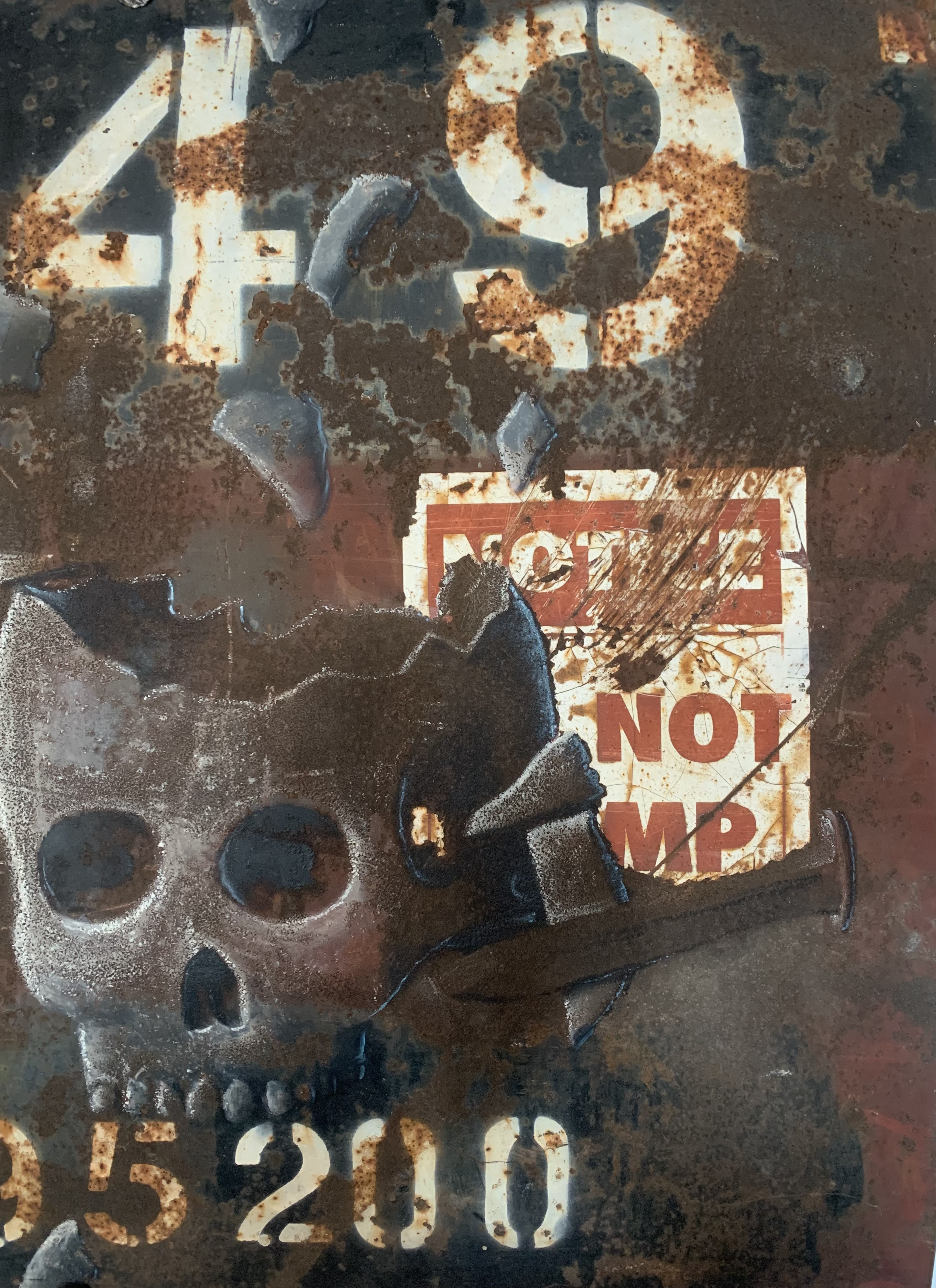 Beavis and Butthead are snickering, but there’s a reason for this rather unusual designation on a car. It refers to the practice of using gravity to sort railcars and build trains.

In a hump yard, a consist (line of cars) is drawn slowly over an elevated point in the track. That high point in the track serves to break apart the cars at each coupling, and then from a control tower the cars are shunted to various tracks and the incoming train is separated into multiple other trains.

Certain cars and certain loads are simply not made to be humped. It shifts the loads creating safety issues or damages the car.

So when it says “Do Not Hump” just take their word for it.

We’ll be talking in code like this next week while we hang out with the folks attending the 2022 Railway Supply Institute Conference.

We’ll be arbitrarily omitting vowels from our words and speaking in obscure phrases as we discuss features and equipment for locomotives and railcars with the foremost experts in the industry.

If that sounds like fun to you, stop in and play ping pong. We’ll codespeak with you all day long October 11-13 in Fort Worth, Texas at RSI Expo 2022!