Weigh in our your opinion about graffiti:

Stop by Booth 840 at ASLRRA Connections 2019 in Orlando, Florida

Give Rail Yard Studios founder Robert Hendrick an earful about what you think.

Ask him about the thinking behind graffiti and for insights provide a bit of insight into who these graffiti artists are! 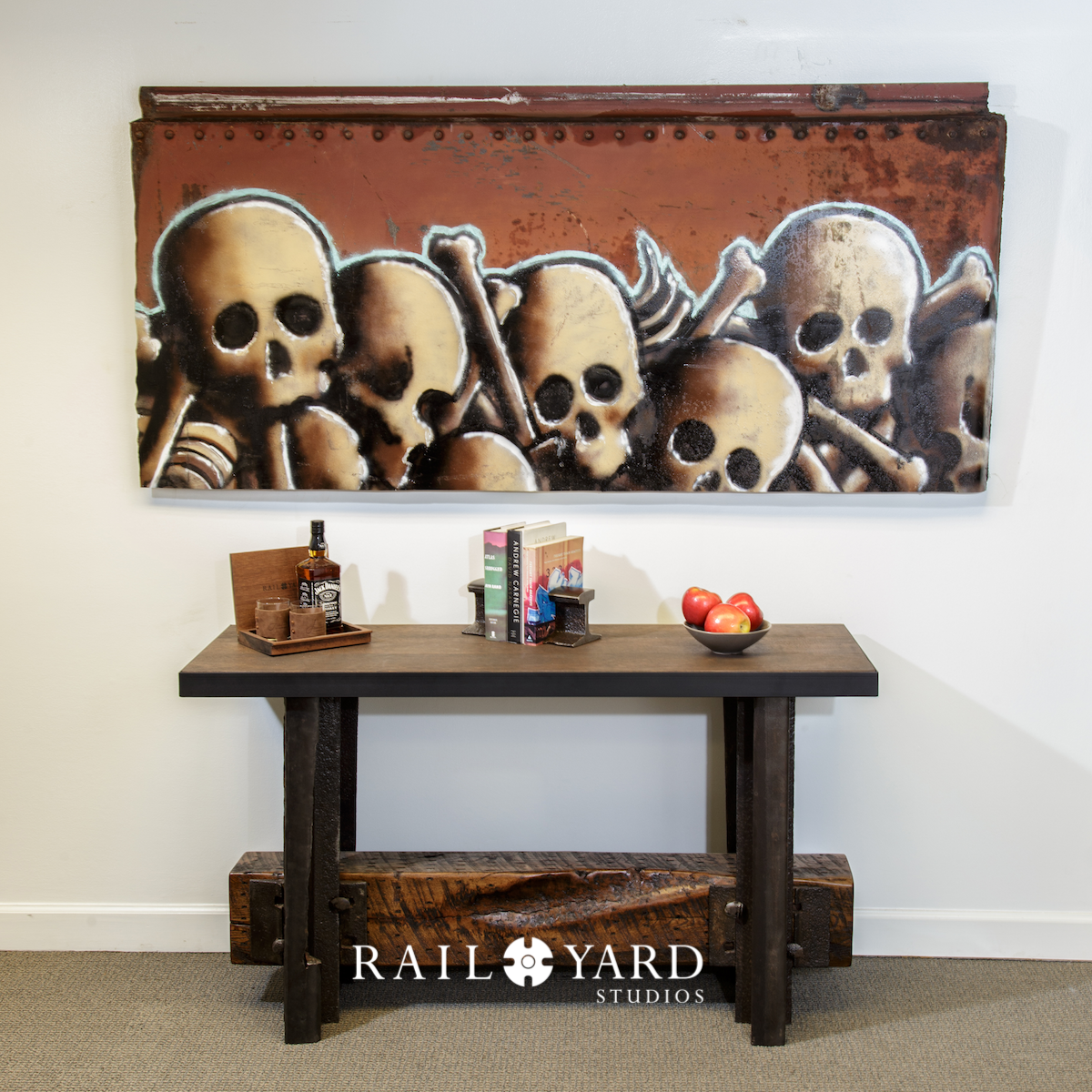 Graffiti – Is it Vandalism or is it Art?

But this is the guy who decided to start making high-end furniture from reclaimed railroad materials. He’s placed conference tables, dining tables, coffee tables, desks and other furnishings in some of the finest offices and homes around the country.

Hendrick insists that graffiti is impossible to avoid. “Get stopped at a railroad grade crossing, and you’ll be treated to a sampling of some of the best – and the worst – modern art that America has to offer these days.”

Defacing of private property is a crime – a felony. When it comes to defacing railcars, it’s also a threat to personal safety. Even trained railroading professionals run the risk of injury or death working on the railroad. The uninitiated have no place on the rails.

These spray paint slinging hooligans are MASSIVE fans of the railroad– let there be no doubt about that fact. 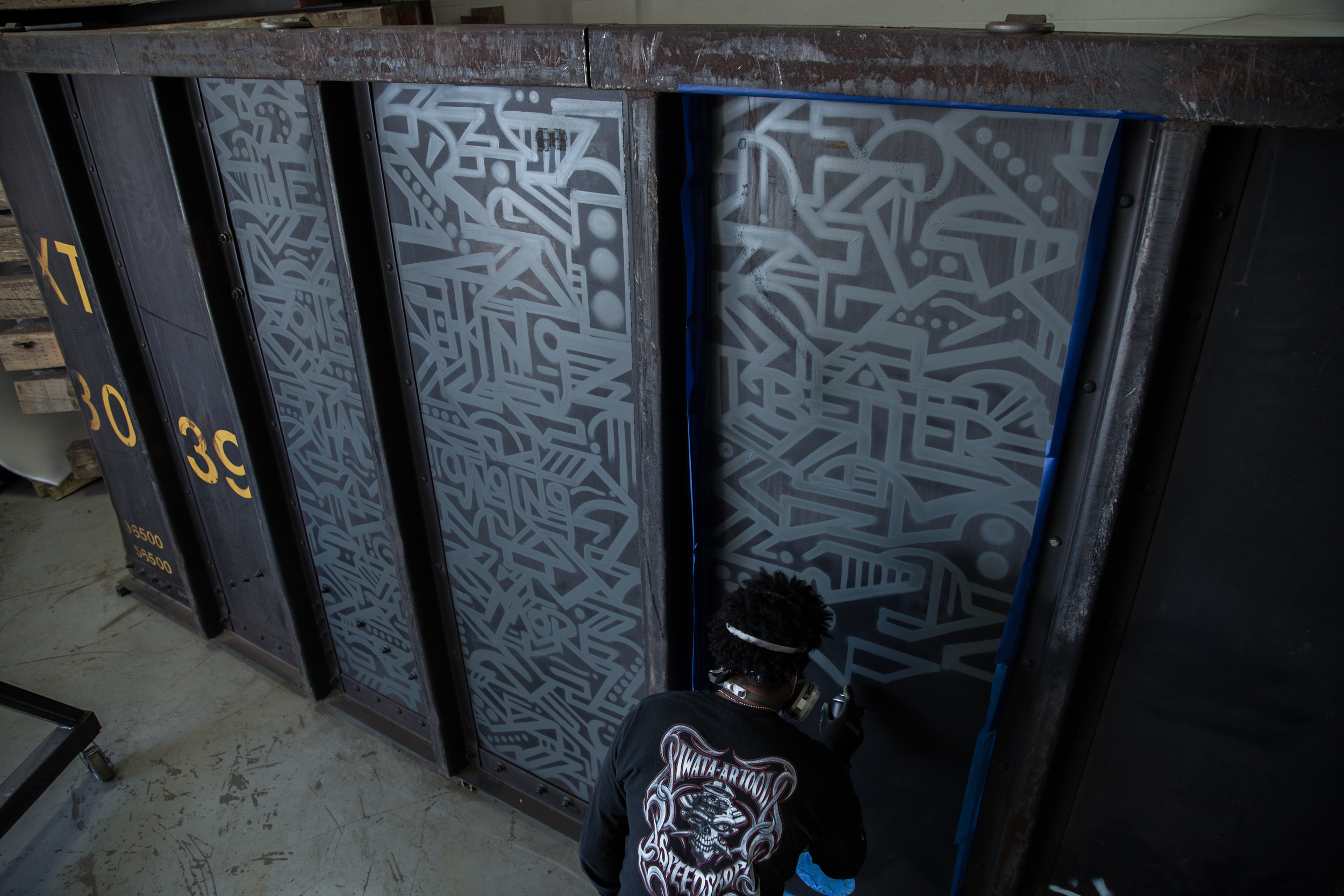 What possesses a person to scrawl their name on the side of a train?

Any or all of the above and for a host of other reasons, graffiti artists continue to go out and spray their five or six favorite characters across the side of an innocent boxcar or unsuspecting gondola.

Maybe you can’t, but they can.

Certain monikers are familiar. They repeat often – more than you might think if you pay attention. There are a lot of folks who appreciate their art and those folks bench them and can read them.

Benching is the pastime of watching the different cars roll past and appreciating the multi-color riddled boxcars and gondolas covered in Krylon, Rust-O, Montana, Ironlak and other specialty paints geared toward the graff market.

Some of the most prolific and most well-known artists figured out the power of branding. Writers like ICHABOD, MECRO and BIAFRA use bold, clearly defined letters to make their name known. And they know how to pick railcars that will be burners – rolling stock that make long journeys over multiple routes giving them the greatest exposure. 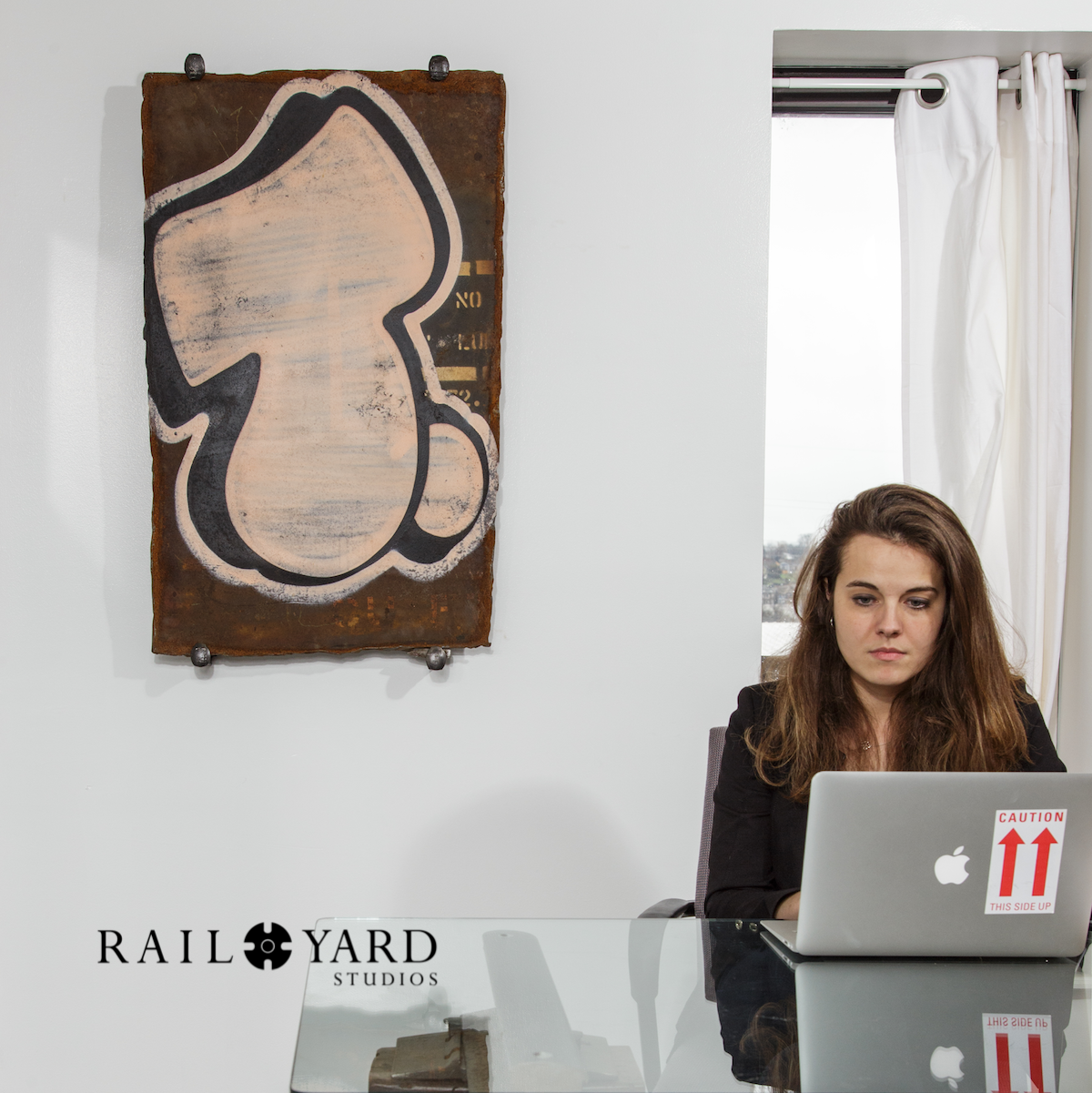 If you’re asking, then no, they are not advertising to you.

But if you are in the know, you recognize subtle cues that tell which artists’ work regularly can be found in places like the Seventh Letter and Trout Art Supply just to name a couple.

See above – look for the word felony.

But it’s difficult to police it. It’s damned near impossible to catch them in the act. It’s even harder to prove after the fact.

And then there’s the question of the return on investment in a prosecution (the railroads are out for financial gain after all). Once they’ve done their time, they’re back out there with a can of Rust-O in their hand. In the meantime, the other members of their crew have taken up their cans.

Looking at the freights today, it seems the railroads gave up on winning this war.

Hendrick has met a few of them, and he will tell you, “There are graphic designers, doctors, farmers, mailmen and just about every other profession represented among the ranks of these self-proclaimed artists.”

He says that some graffiti artists even work for the railroads.

In fact, most of what you might think about freight graffiti may be a bit off.

Most of these artists are age 30 to 50. It’s not a bunch of kids - although there are some “toys” or young inexperienced writers among those defacing the trains.

They’re not gangs. They have crews - people they enjoy hanging out with and painting with.

And they’re not all men. There are female writers as well.

So hang up the stereotype of gangs of hoodlum kids selling drugs and marking territory. The people behind this are not what you think.

They’re vandals, but they’re artists, too. 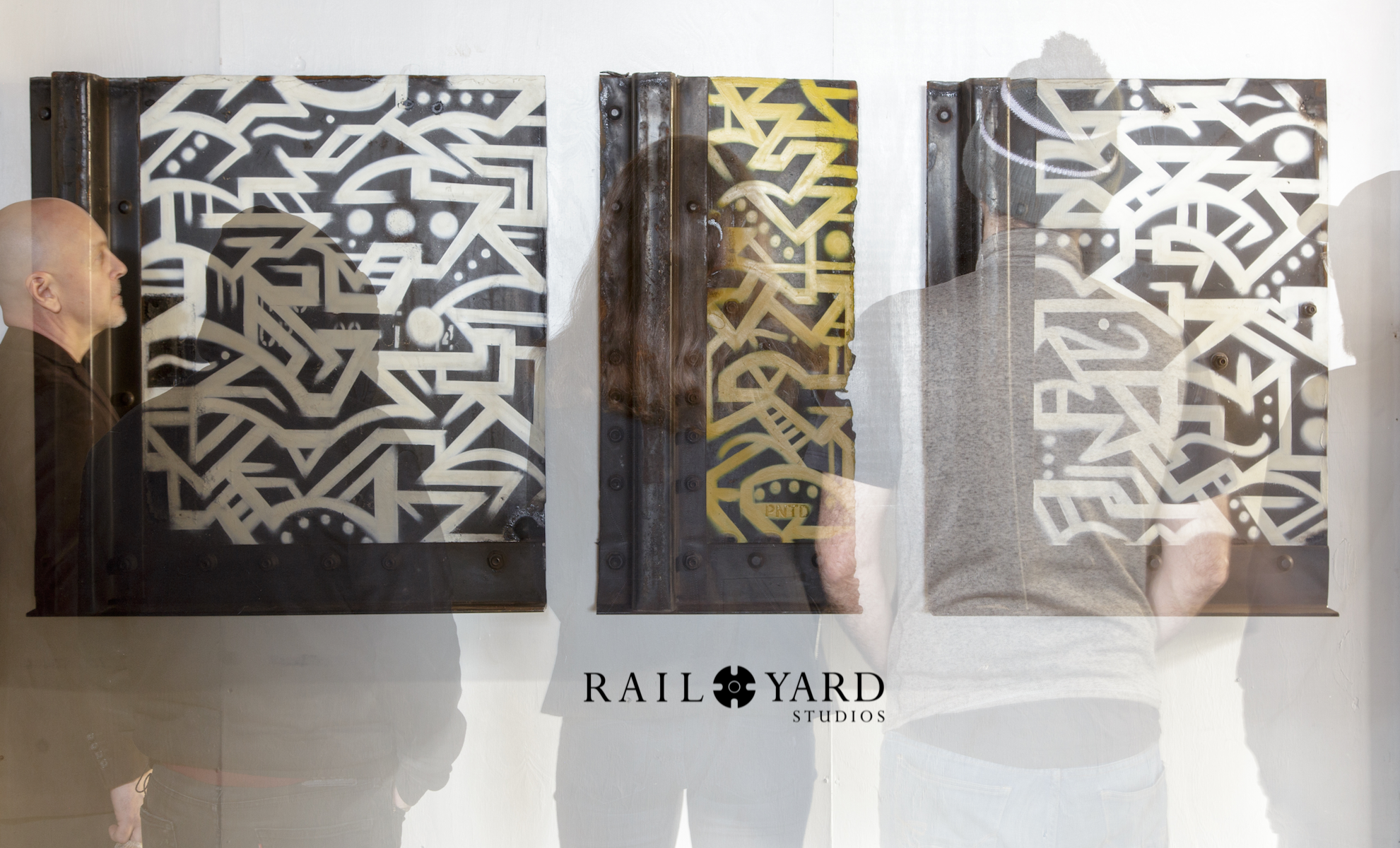