Our custom crafted tables, desks and other furniture all feature sections of vintage rail. As you gather with family, friends or business associates around one of our coffee tables, the markings on the web of the rail beg for an explanation. There is history locked away in the cryptic markings that tell the story of these artifacts of the American Industrial Age.

To those outside of the railroad or steel industry, the mysterious lettering can be difficult to decipher. So here’s a quick guide to discovering the story behind the materials we use.

First is the foundry name. Sometimes is written out like CARNEGIE STEEL CO LTD or TENNESSEE or COLORADO. Foundries took great pride in naming themselves after their home state, so ILLINOIS and MARYLAND are also to be found on the rails. In other instances, the city might get the designation, like for BETHLEHEM and LACKAWANNA. Occasionaly. the brand may be abbreviated to a handful of letters like TCI (Tennessee Coal & Iron) or CF&I (Colorado Fuel & Iron).

But not all of the letters are foundry names. The OH that appears on many rails indicates that the rail was made with the Open Hearth process. Open Hearth replaced Bessemer process in the early 1900s, and the OH identifies it as a high quality product. That OH designation continued on for many decades until the process was replaced with better and more efficient processing methods.

Some rail bears a CC designation to indicate that the metal was Control Cooled. In the early 1930s, steel manufacturers began to cure their steel in controlled environments in order to produce a more consistent product. As one would expect, steel rolled in Pittsburgh in February would cool faster than steel rolled in Birmingham, Alabama in August and that had a direct impact on the strength and hardness of the metal.

With so many letters and numbers, and variations for the foundry standard, determining the date of manufacture can be a bit challenging, but the date typically falls at the end of the brand. Since the dates were changed monthly, putting them at the end made them easier to swap out each month. Many manufacturers used the same rollers for the entire year simply adding a tic mark to indicate the new month. 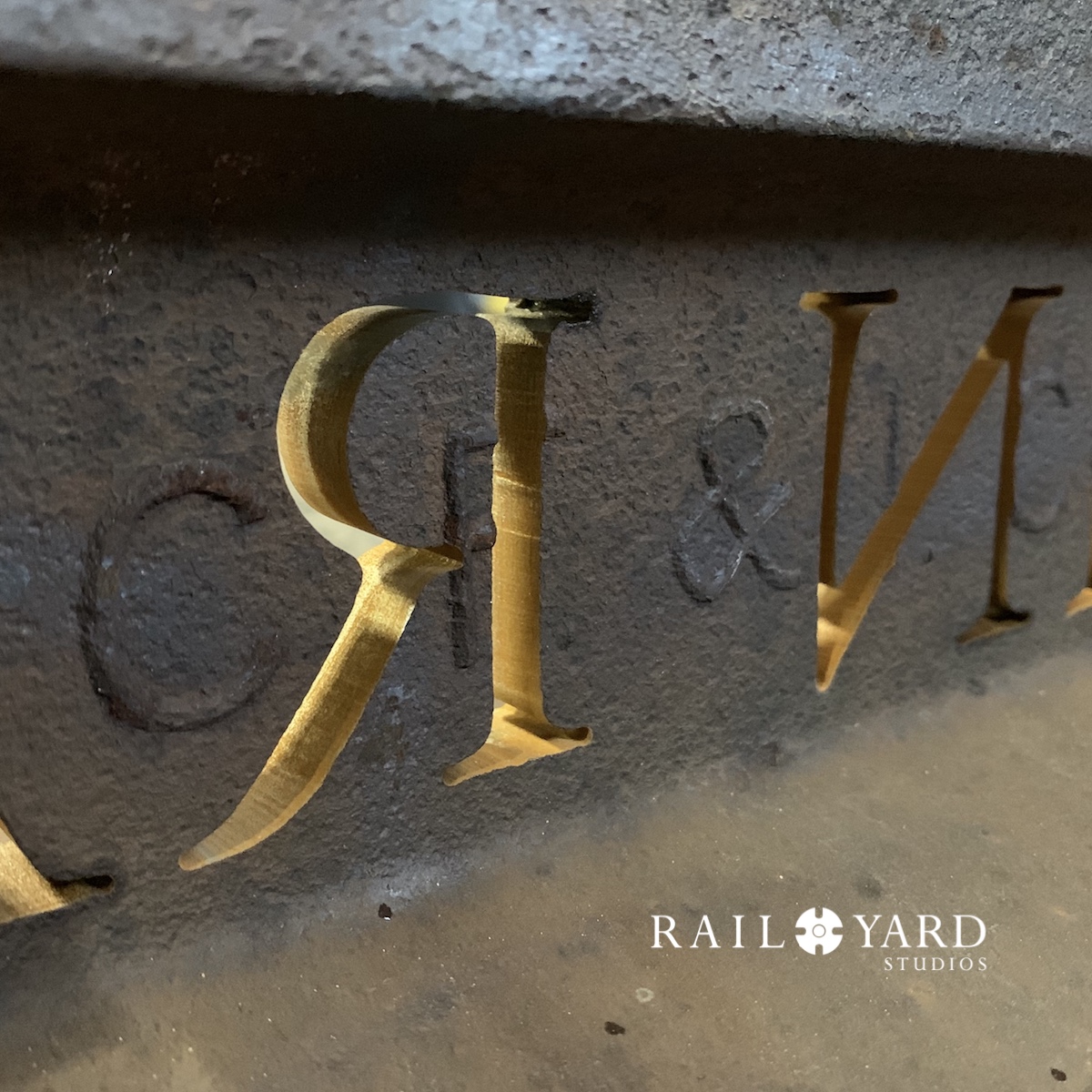 While that covers the basics of the rail brands, there can be other markings that appear. Batch numbers are typically stamped rather than rolled and typically appear on the reverse side of the web from the brand.

Whatever the case, next time you sit down to one of our tables in your own home or in the office of someone with a love for the industrial style work we do, now you have the tools to unlock the history behind the legendary pieces we create.